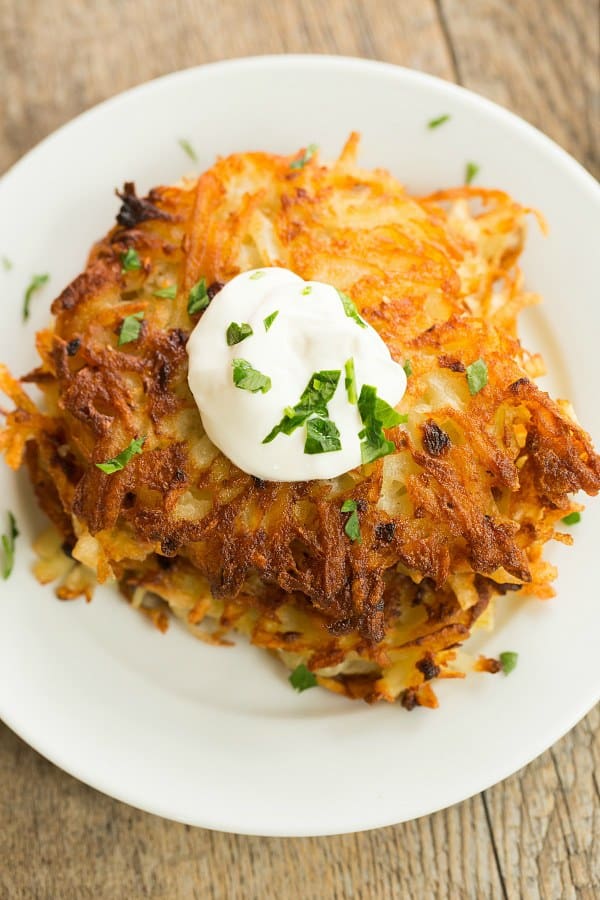 Crispy potato pancakes weren’t something that I grew up eating, but once I found them in adulthood, I couldn’t get enough. My grandma used to make a similar potato pancake, but out of mashed potatoes instead. They were good, but there’s something totally blissful about being able to eat the equivalent of hash browns for dinner. Quite a few years ago, my Chief Culinary Consultant and I went out to dinner with his friend and his friend’s wife to a local brewery in late September. The restaurant was celebrating Oktoberfest with a special menu; as a result, we ordered an array of appetizers to share and skipped entrees altogether. Latkes were one of the things we chose, and we ended up getting a second order after we realized that the first one wasn’t going to go very far. Since then, anytime I see potato latkes on a menu, I am all in. 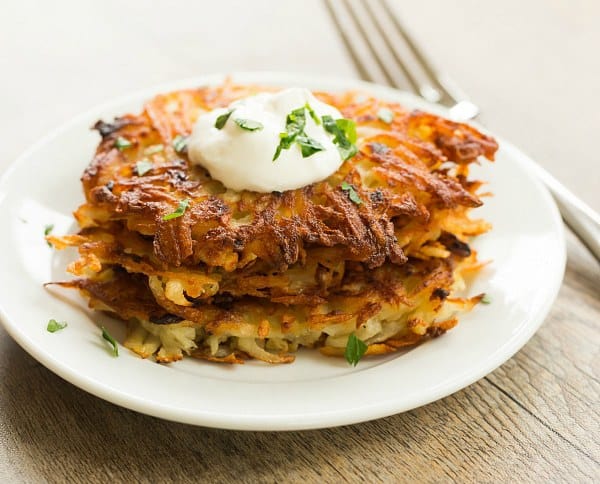 I’ve had these on my list to make at home for what feels like forever, and I kept putting them off. Do you ever stare at a recipe and think it’ll take SO MUCH effort, and oh my goodness, you can’t muster the motivation to just get in the kitchen and start? That was me with latkes. Why? I have no idea. It’s not much more complicated than shredding a few potatoes and an onion, stirring in an egg, some breadcrumbs and seasonings, then pan frying. That’s IT. 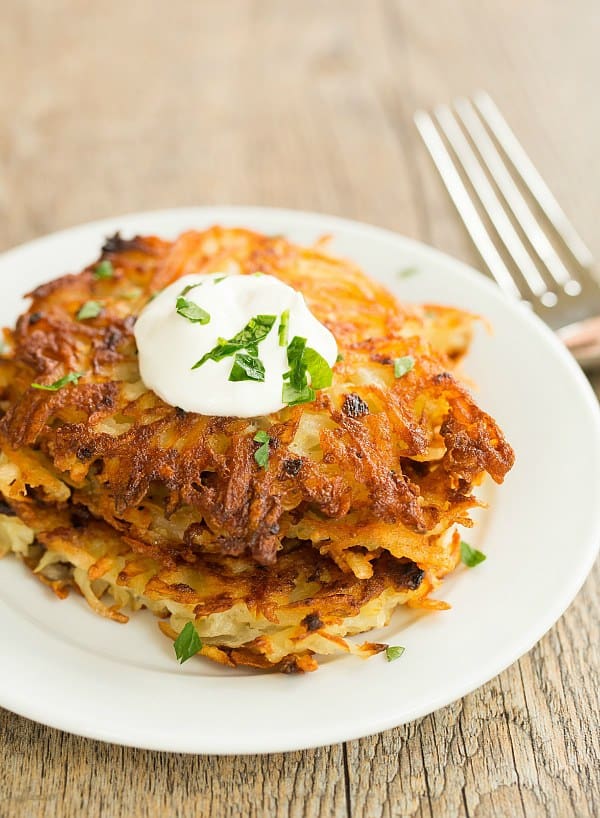 These are super crispy on the outside and perfectly creamy on the inside. I love having them with sour cream, although a lot of places offer applesauce on the side, which I have admittedly never understood. Applesauce on its own? Absolutely. Applesauce with fried potatoes and onion? Not my thing.

However you decide to serve these, don’t be like me. Don’t drag your feet when it comes to making something so simple and so utterly delicious! 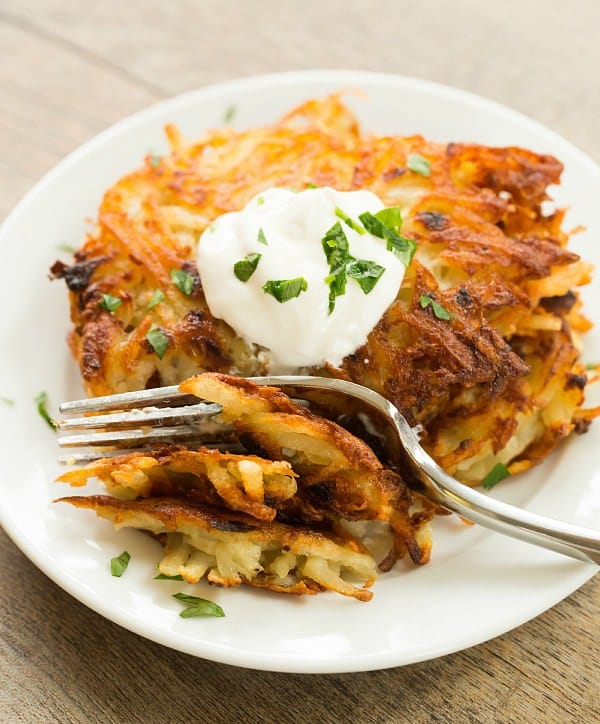 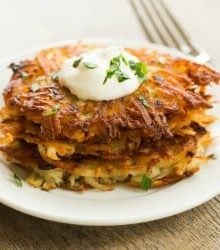