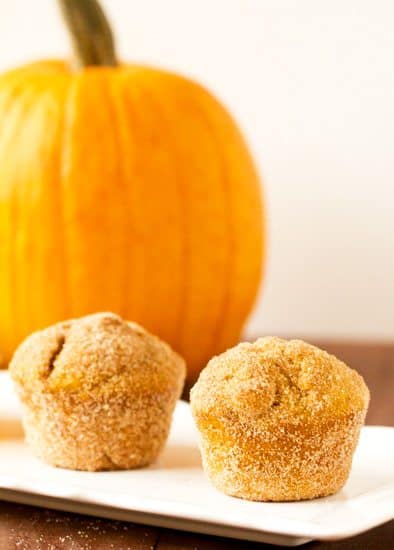 Growing up, my family didn’t do a lot of doughnut-eating. The popular treats were never in the house, so we’d only have them once in a while, usually if there was a function after church. As a result, I never became much of a doughnut connoisseur. That being said, I certainly did have my favorites when I was presented with a box of doughnuts. They were, in this order: Boston cream, the ones with chopped nuts around the outside, and cinnamon-sugar. Last year, I made my first batch of homemade buttermilk doughnuts and tried three different varieties – chocolate-glazed, vanilla-glazed and cinnamon-sugar coated. My favorite was, by far, the cinnamon-sugar variety.

Over the last month I’ve been filing up my Doughnuts board on Pinterest with tons of different awesome-sounding recipes, including pumpkin. When I came across a recipe for pumpkin muffins that mimic the texture and flavor of pumpkin doughnuts with a cinnamon-sugar coating, I knew I was in business! 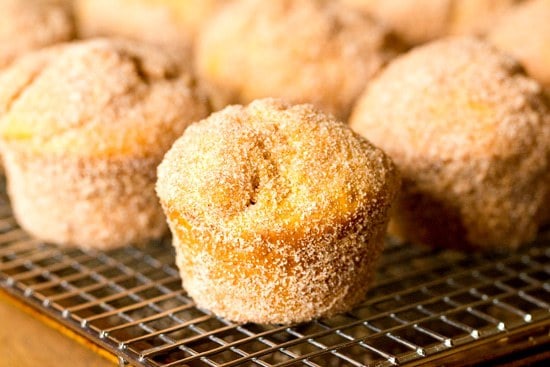 Once I saw the recipe, I recalled other muffin recipes I had seen on some other sites that used the same type of technique to mimic the flavor of a doughnut. Once the muffins come out of the oven and are still warm, they’re brushed with melted butter and then immediately rolled in a cinnamon-sugar mixture. The result is a fabulous pumpkin-flavored muffin with a doughnut-like cinnamon-sugar coating. They are every bit melt-in-your-mouth fantastic as you could imagine. 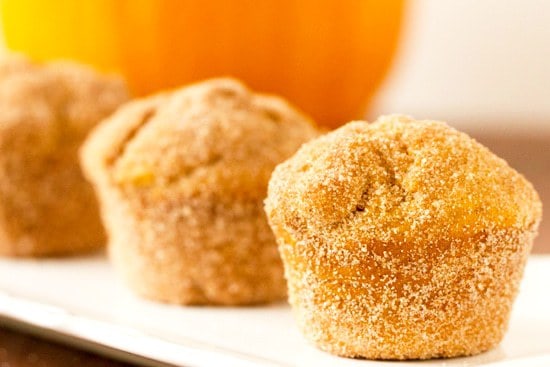 I love how much the pumpkin flavor in these shines through, and I love that these taste just like a pumpkin doughnut, but have the advantage of being baked, and not fried. Not as much fat, not as much effort, not as time-consuming, and not as much mess. That translates to a perfect Sunday morning treat! 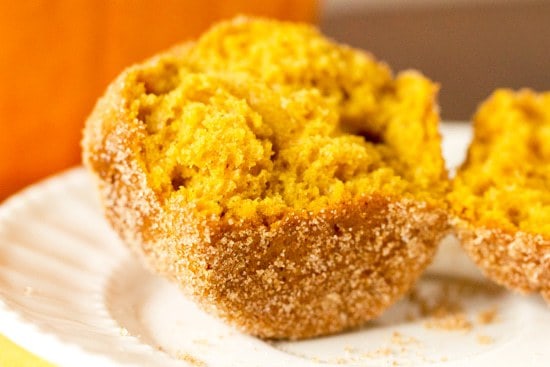 One year ago: The Baked Brownie[/donotprint] 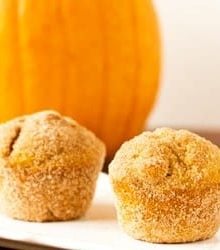 For the Cinnamon-Sugar Coating: