These Snickers cupcakes taste JUST like the candy bar… A chocolate cupcake filled with peanut nougat, topped with a caramel buttercream frosting, covered in a chocolate ganache, chopped peanuts and a drizzle of caramel sauce. 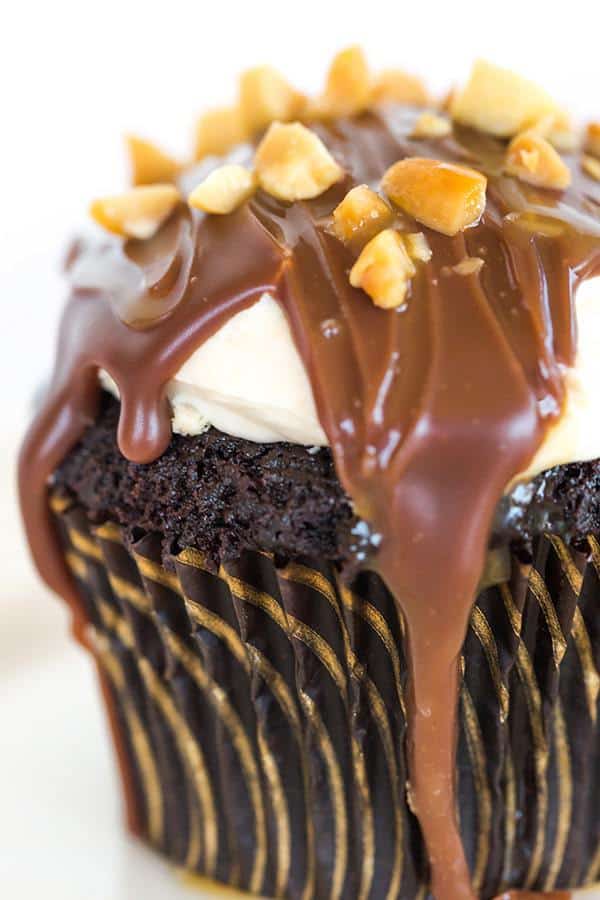 Oh my God, these cupcakes.

Last week, my husband walked into the kitchen and asked what I thought about making some cupcakes fashioned after candy bars. It sounded like a fabulous idea to me, and at almost the same exact time, we both said, “Snickers!” What better candy bar to recreate in cupcake form than the one and only chocolate, nougat, caramel, peanut classic? I couldn’t think of one.

So, off to create Snickers cupcakes I went! 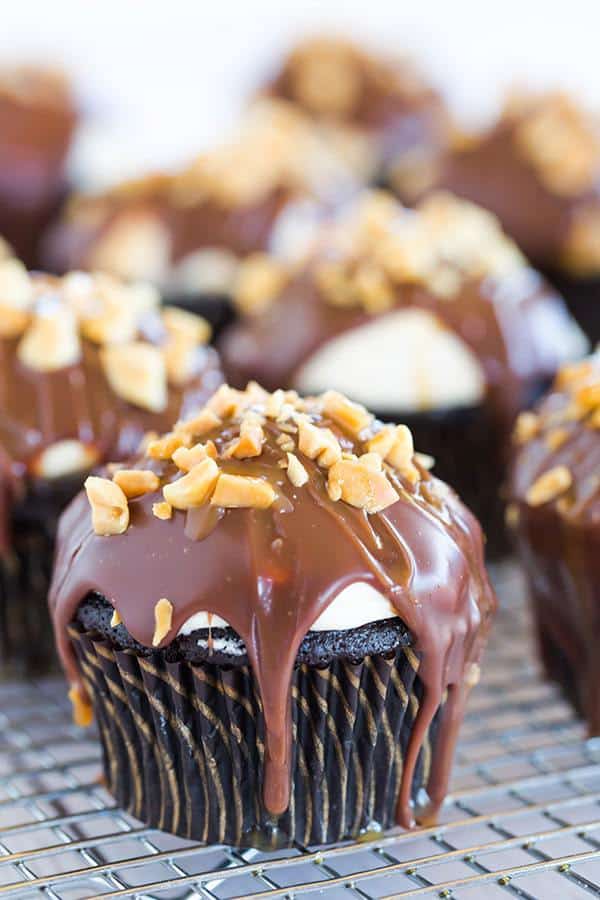 I ended up modifying the best-ever Snickers cake that I made a few years ago, mashed up with the ultimate chocolate cupcakes that I just love, love, love. How did I do it? 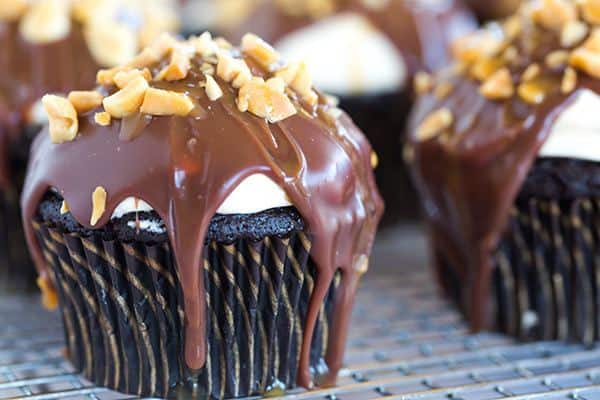 Then, I topped the cupcakes with salted caramel frosting… I usually love my cupcakes with sky-high swirls of frosting, but with everything else going on in these cupcakes, I didn’t want to overpower the other elements. So, I went with a smallish mound of frosting on top of each cupcake. Once the frosting on the cupcakes was set and chilled, I poured milk chocolate ganache over each of the cupcakes and finished them off with chopped peanuts and a drizzle of caramel sauce. 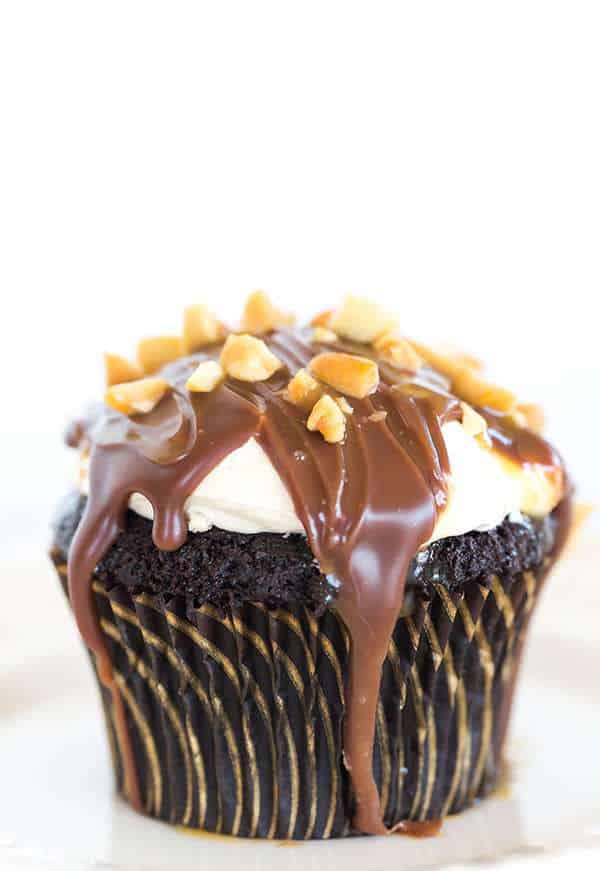 I served these for dessert yesterday at Sunday dinner and they were a massive, massive hit. People who said they normally don’t like cupcakes devoured them, and there was quite a bit of oohing and ahhing. Everyone kept saying they couldn’t believe how much they really tasted like a Snickers bar… which they TOTALLY do!

There are a number of components to putting these together, but none of them take very much time; most of the recipe time is spent waiting for things to cool and chill. If you’re a Snickers fan, these Snickers cupcakes should be number one on your to-bake list! 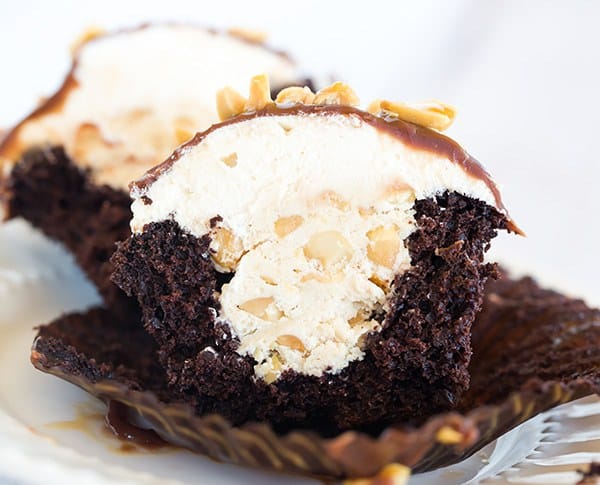 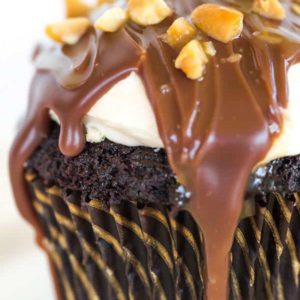 For the Salted Caramel Frosting:

For the Milk Chocolate Ganache: