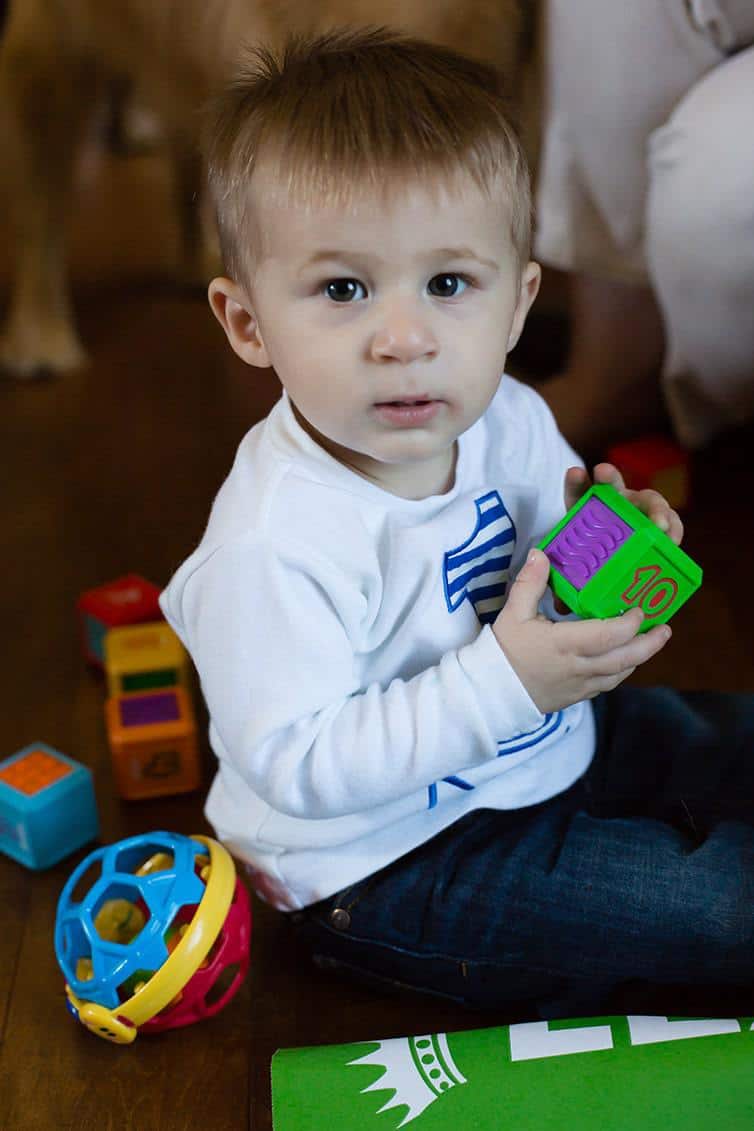 I can’t believe that one year ago today, at 6:44am, Dominic made his grand entrance into the world. It feels like it was just yesterday and yet a lifetime ago at the same time… crazy how time does that, isn’t it?

I was nervous, yet excited, about juggling two children, but just like after having Joseph, the transition came naturally and in a short time we found our rhythm and I honestly can’t remember what it was like before these boys blessed our lives (although I’m sure I had infinitely more time to get things done, ha!). 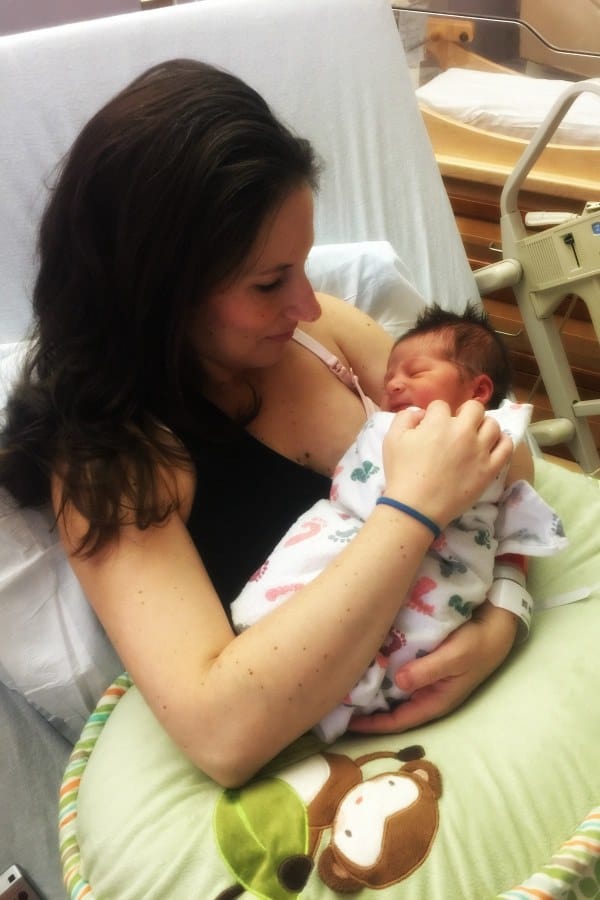 Over this last year, as Dominic has grown and started crawling and making the transition from baby to toddler, and as Joseph’s talking took off by leaps and bounds, seeing the two of them play and interact together has made my heart swell with love and pride like I never knew possible.

This past Saturday, we celebrated Dominic’s birthday and had a wonderful time showering him with tons of love and affection. 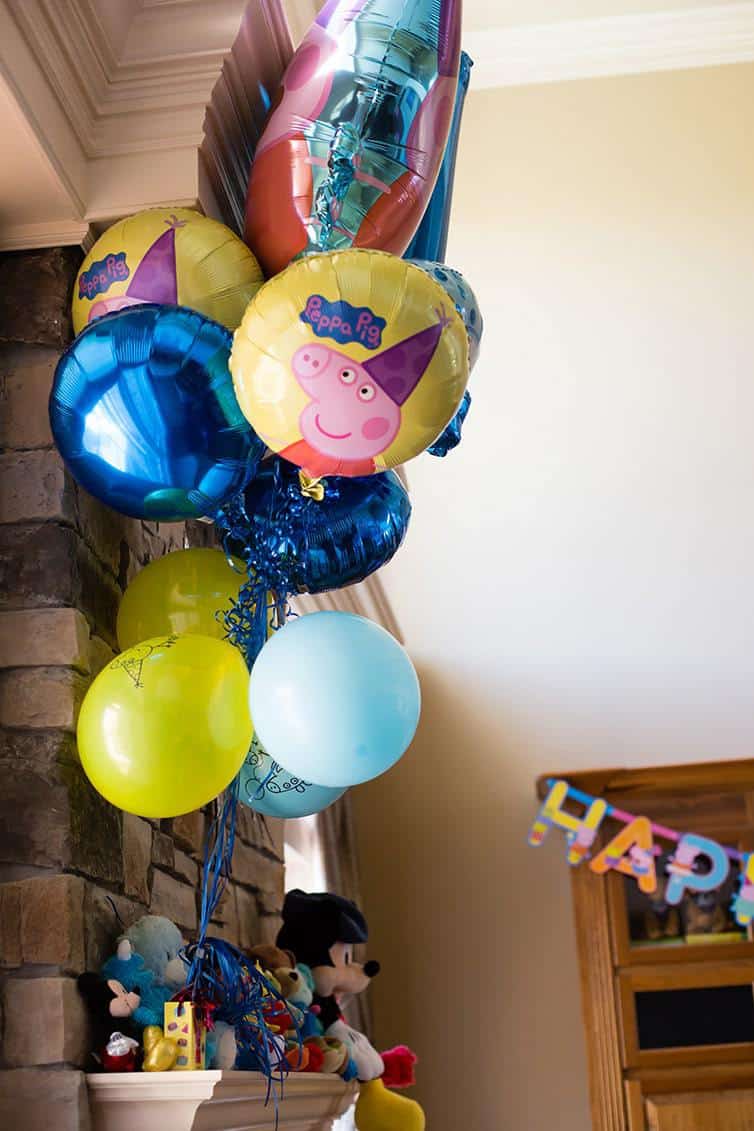 While most babies aren’t really “into” anything quite yet, Dominic took to Peppa Pig quickly when Joseph started watching it a few month ago. Through absolutely no prompting from us, he began to oink like a pig when the show would start! It made it quite easy to choose a Peppa Pig theme for the birthday party!

We didn’t go crazy over the top – a birthday banner, some balloons, and coordinating plates and napkins.We also added the same photo garland that we used for Joseph’s birthday, with photos from each month over the last year… one of my favorite parts! I also got him a custom birthday shirt from Etsy, which was so adorable. 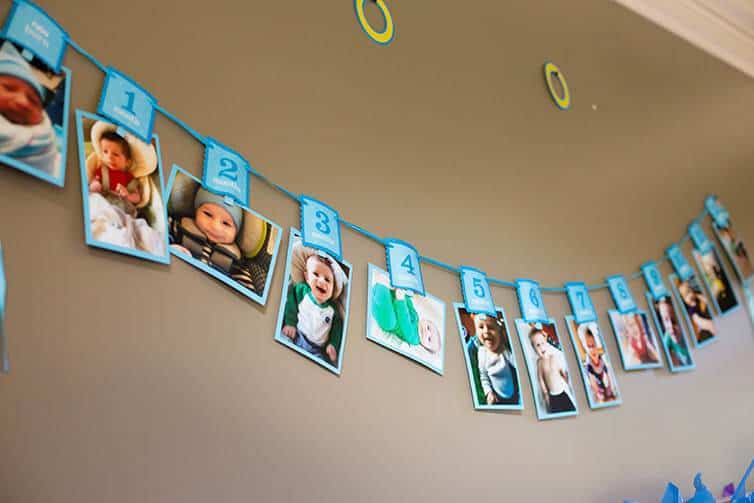 I made his cake using my yellow cake recipe, filled and frosted with my basic vanilla buttercream, and then decorated it using fondant with an image of Peppa Pig’s brother, George. I made a separate smash cake using this recipe, and decorating with a simple whipped cream frosting that I tinted using Watkins natural food coloring. I also added some dirt cups as “muddy puddles” for anyone who wanted an alternative to cake and/or something chocolate! 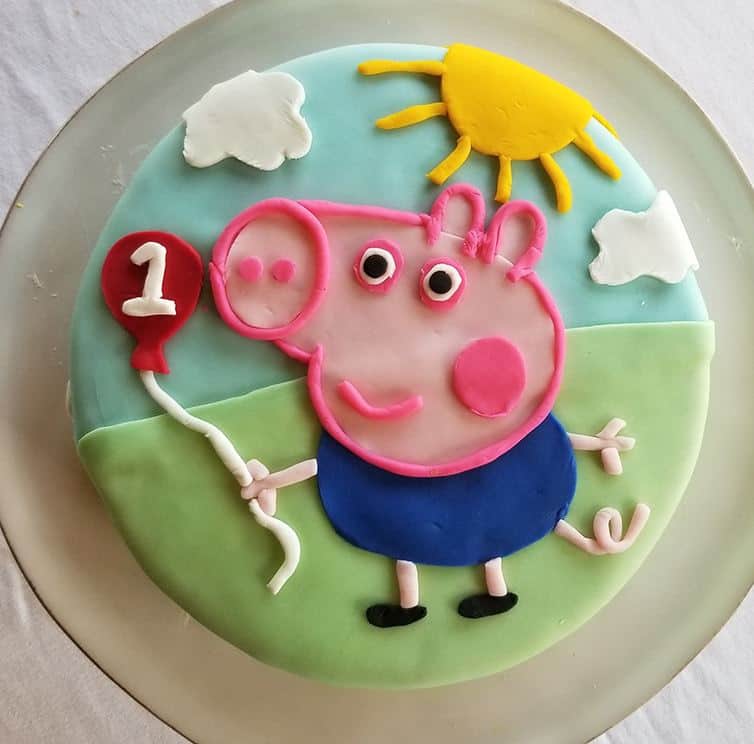 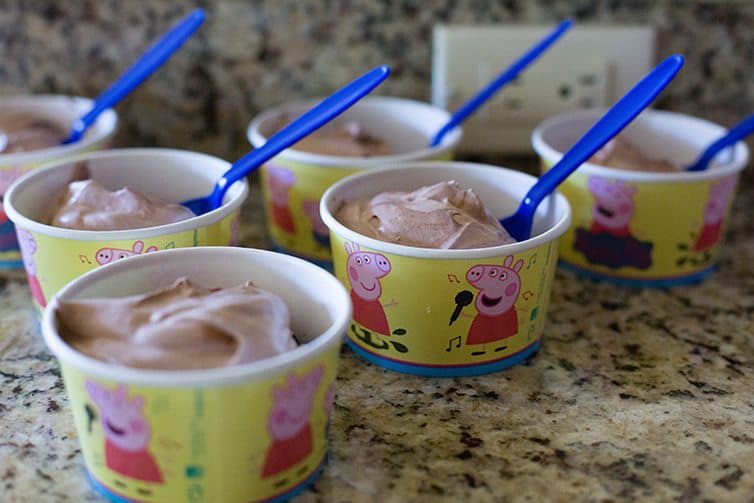 Since I was doing the cake, I outsourced the food from our favorite little local market – fried chicken, meat lasagna, oven roasted potatoes, and a tossed salad.

I added a cheese and cracker board with salami, sopressatta, apricots and grapes, as well as a veggie board with both ranch and hummus, and bowls of pretzels and potato chips. It was all a hit! 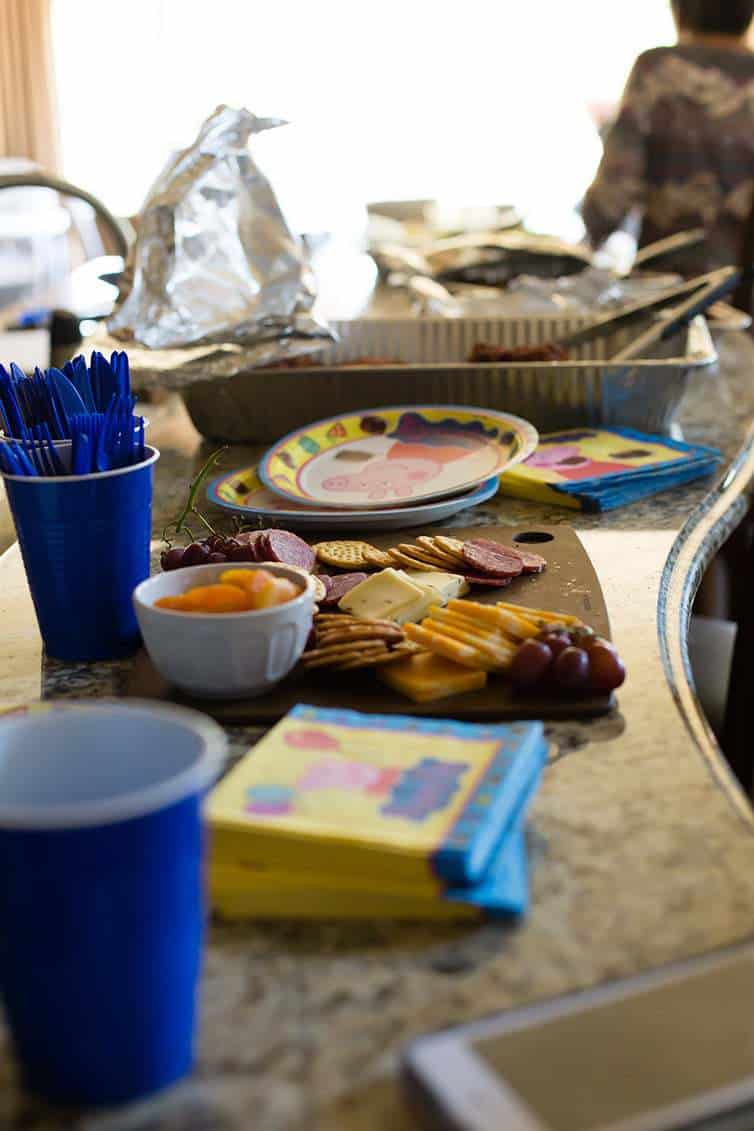 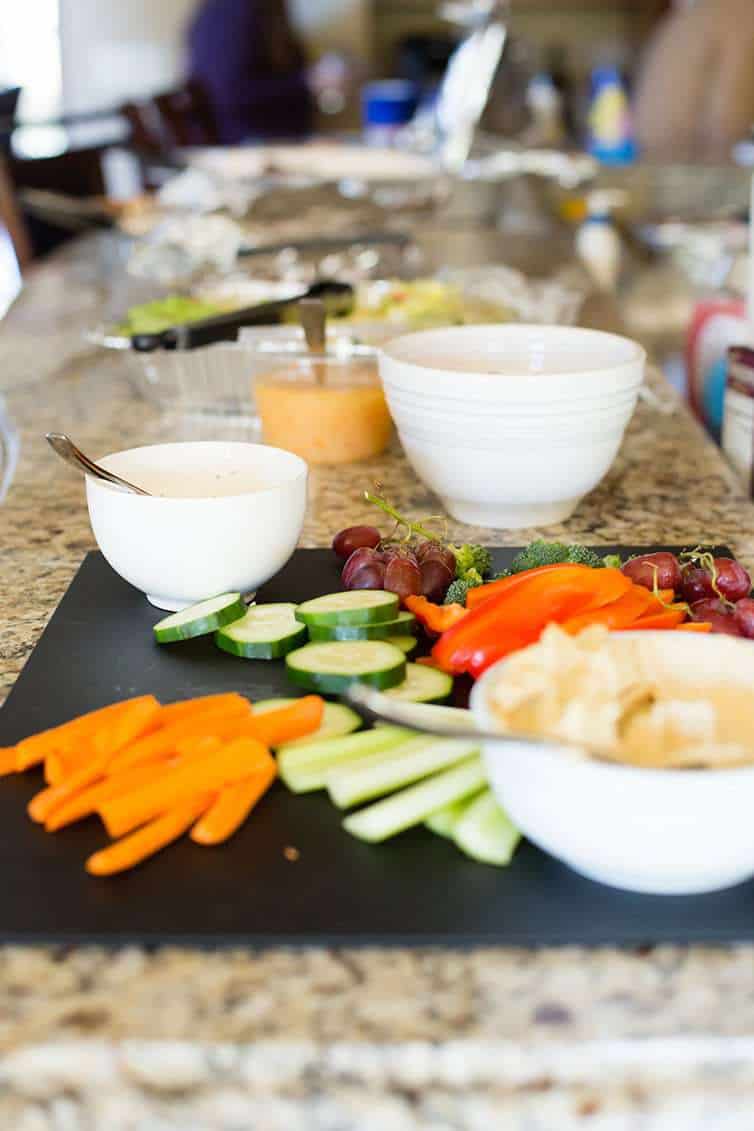 Joseph enjoyed helping Dominic with his smash cake and opening all of the presents (he greeted each one with oooh’s and aaah’s); such a good big brother! 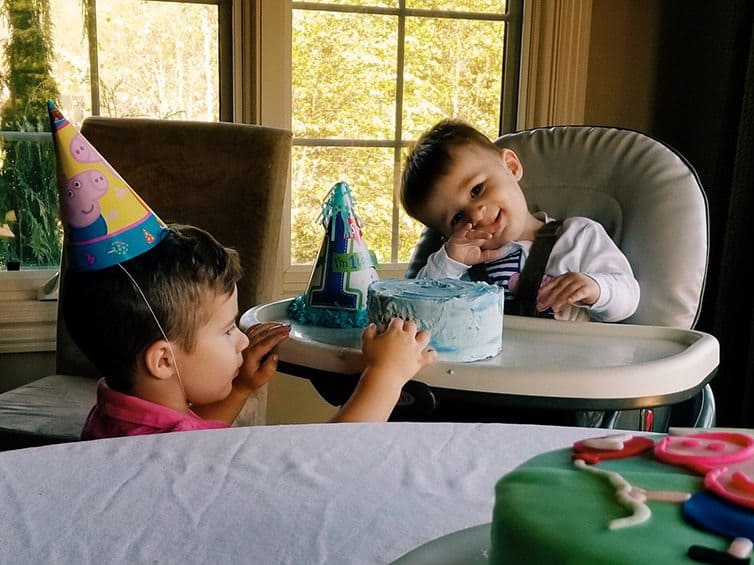 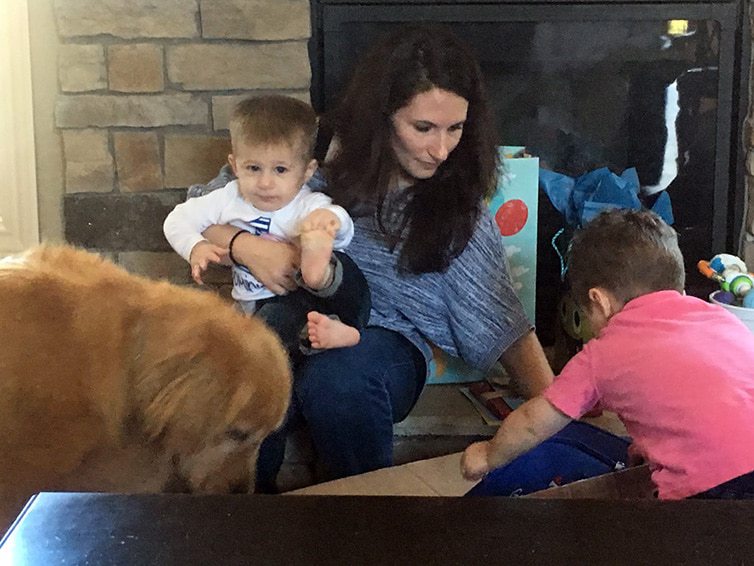 It was such a fun day and we’re so blessed to have two beautiful boys that light up our days and fill our hearts like we could have never imaged.

Dominic, you have the sweetest soul and eyes that sparkle; I hope you never lose your zest for enjoying each moment to its fullest! 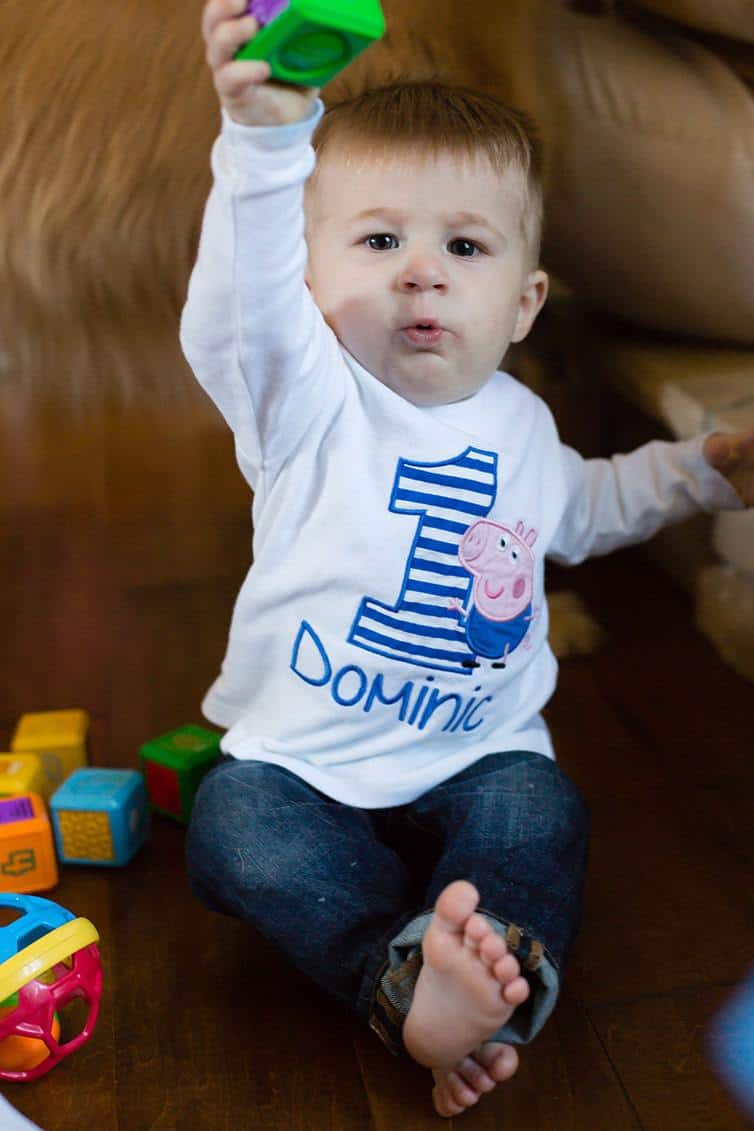 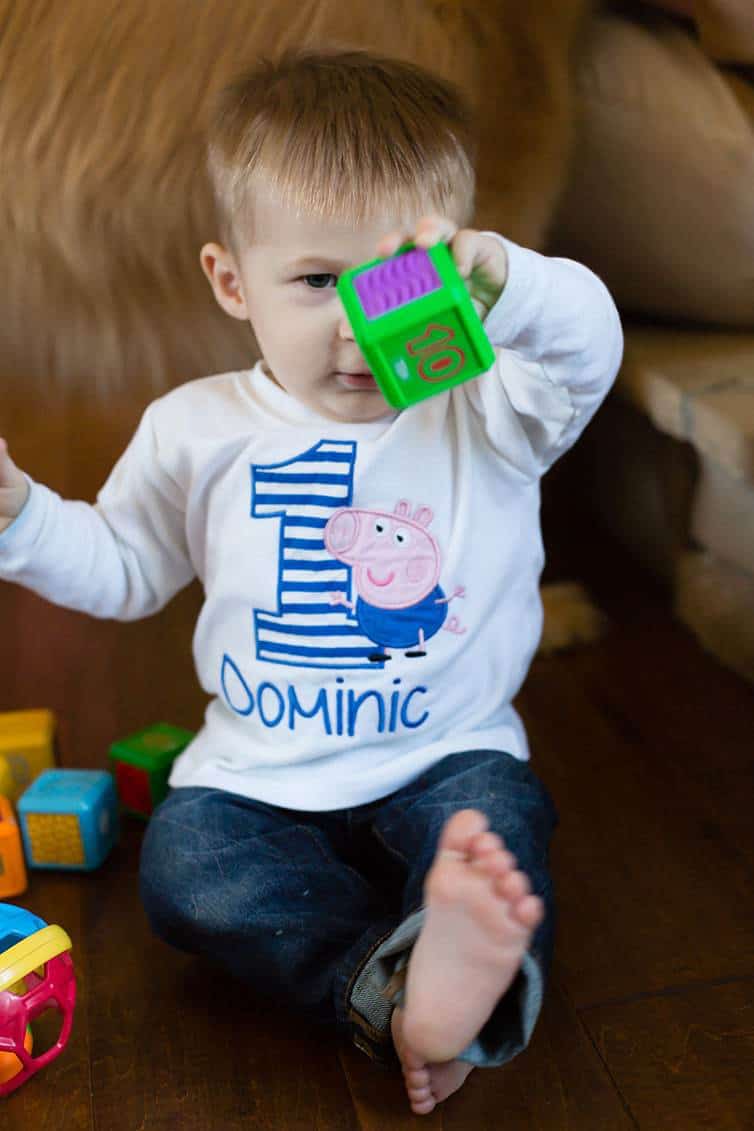