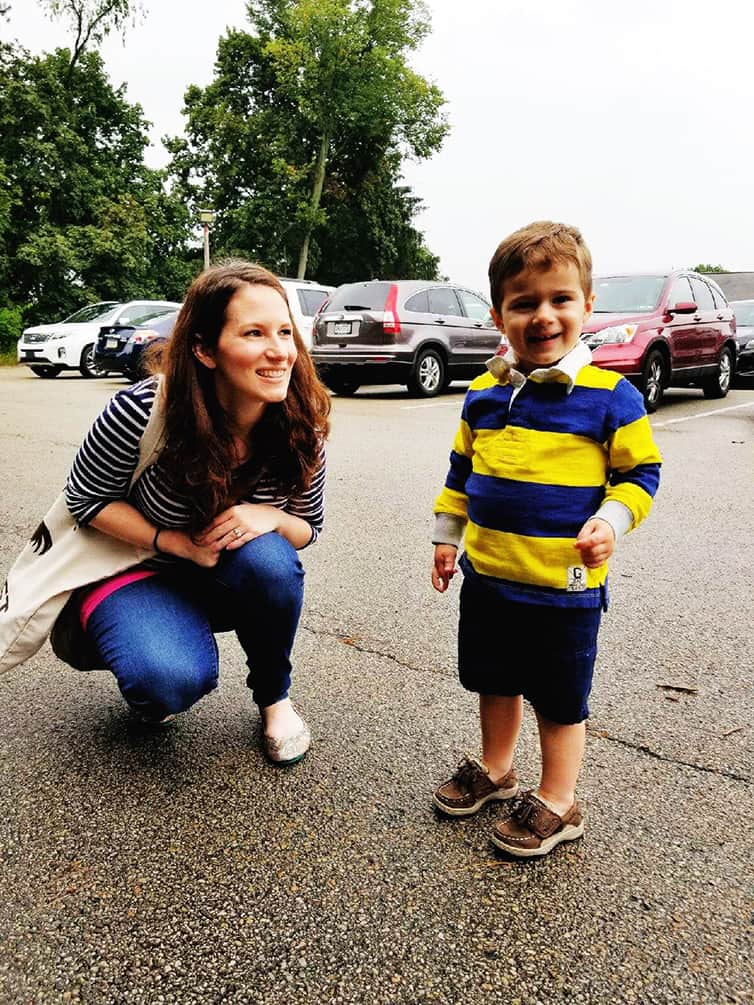 1. Joseph started preschool this week and it honestly went as well as I could have hoped, and better than I anticipated. The class will be for two hours, two days a week, but this week was sort of a “transition” week. On Tuesday, it was only one hour and a parent stayed the whole time, and yesterday was no parents but only one hour. On Tuesday, Joseph really enjoyed himself and actually did not want to leave; when I went into his room yesterday morning and told him he was going to school, his eyes lit up and he said, “so excited!” I was still so nervous about leaving him, though; he’s pretty shy in new environments and around new people, so I really wasn’t sure how he would react. I talked to him twice in the morning about how I was going to take him to school and we would say goodbye and he would get to play by himself and then I’d be back to pick him up. When we got to school, we got his little bag hung up and checked in at the desk (they do a little attendance basket), I gave him a hug and told him I would be back in one hour to get him, and he said, “okay, bye bye!” and off he went to play, never turned around. I got out the door and peeked my head in the window to see if he was looking for me… nope! All I saw was his back, heading over to one the play stations. After I picked him up, he told me all about everything he did… played on the slide, sat on the carpet and the teacher read a book, sang a song, went outside, ate pretzels for a snack… And when I was putting him to bed last night, he said, “school so fun!” It made my heart so happy; even though it was so hard to leave him, I think it’s going to be really great for him. 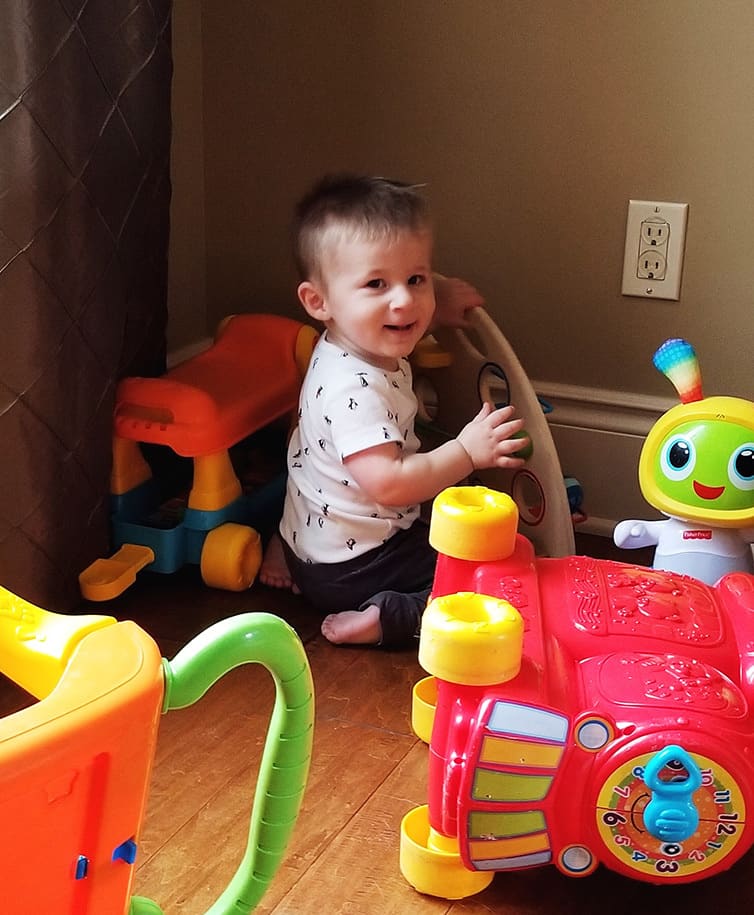 2. Dominic turned 11 months old on Monday! I cannot believe how insanely fast the last year has flown by. He’s getting to be so big… still crawling and no steps yet, but he’s super steady on his feet. He loves his big brother and is pretty attached to mommy right now… he’s eating most everything that Joseph is eating (in smaller pieces and portions), and is surprising us every day with the toys that’s he’s figuring out how to use. This week he actually put the mega blocks back in the bag when I told Joseph it was time to clean up before bedtime. I’m sure watching Joseph play has a lot to do with it!

3. Tomorrow will be one year since Einstein passed away, which is just unfathomable. My husband and I were talking about it the other day, and it feels like it was so long ago. We still miss him so much, and talk about him… Joseph will point him out in pictures and say, “Einy!” which makes my heart happy. I can still remember like it was yesterday being hugely pregnant and laying on the floor of the room at the vet’s, wrapped around Einstein, saying our goodbyes. Even though I think my heart will always hurt a bit, I’m still so eternally grateful that I got to spend such a chunk of my life with such an amazing animal.

4. In happier news, I was browsing at Target this week and stopped in the book section, where I found… wait for it… A Golden Girls coloring book! What?! I almost bought it, but I currently have three adult coloring books that need to be filled in first!

5. You have to check out this massive Science of Baking infographic over on Shari’s Berries website… it’s super comprehensive and includes information on just about anything you’ve ever wondered about in regards to the chemistry behind baking!

6. What are you looking forward to baking this fall? Any special projects or favorite recipes?

7. It’s football season, finally! I’ve sort of waned in terms of my football-watching over the last few years, I just don’t care as much as I used to, but there’s still something inherently comforting and cozy about having it on in the background on Saturday and Sunday afternoons. Plus, I’m playing fantasy football again this year and my competitive nature keeps me locked in to the scores on Sunday!

8. We finished the second season of Happy Valley and really, really enjoyed the show. It’s crazy dark at times (okay, most of the time), but like most of the other similar shows we’ve watched, the writing and acting and are just superb! Highly recommend, and I hope they make another season!

9. For all of you in Florida, all of my prayers and good thoughts headed your way that you stay safe and that this hurricane slows down before it reaches you! 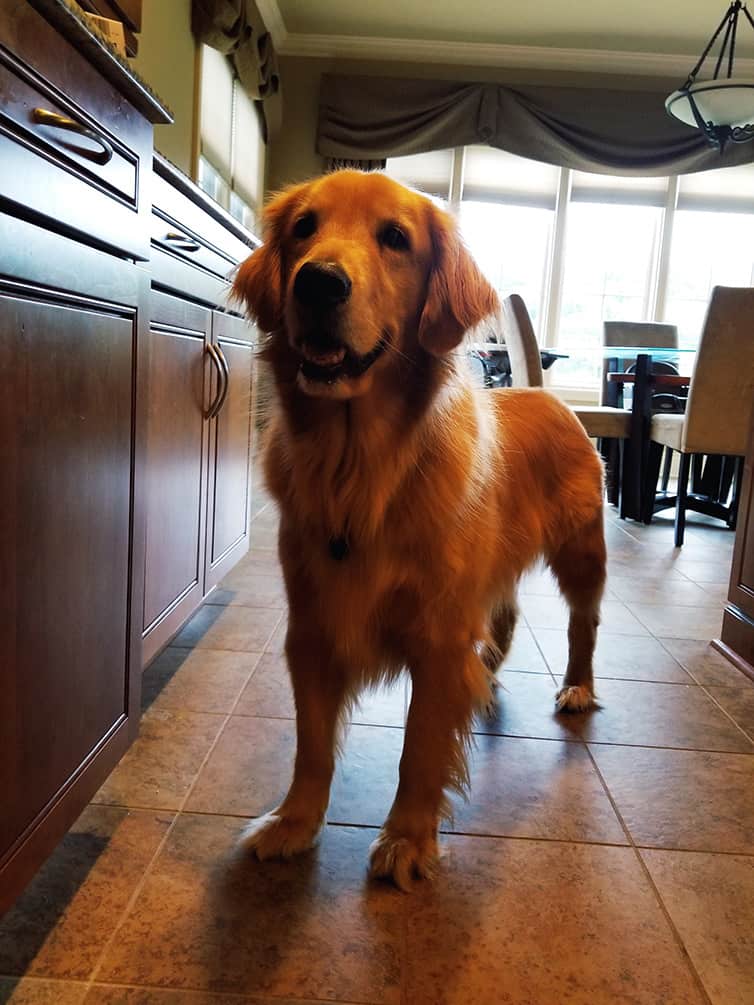