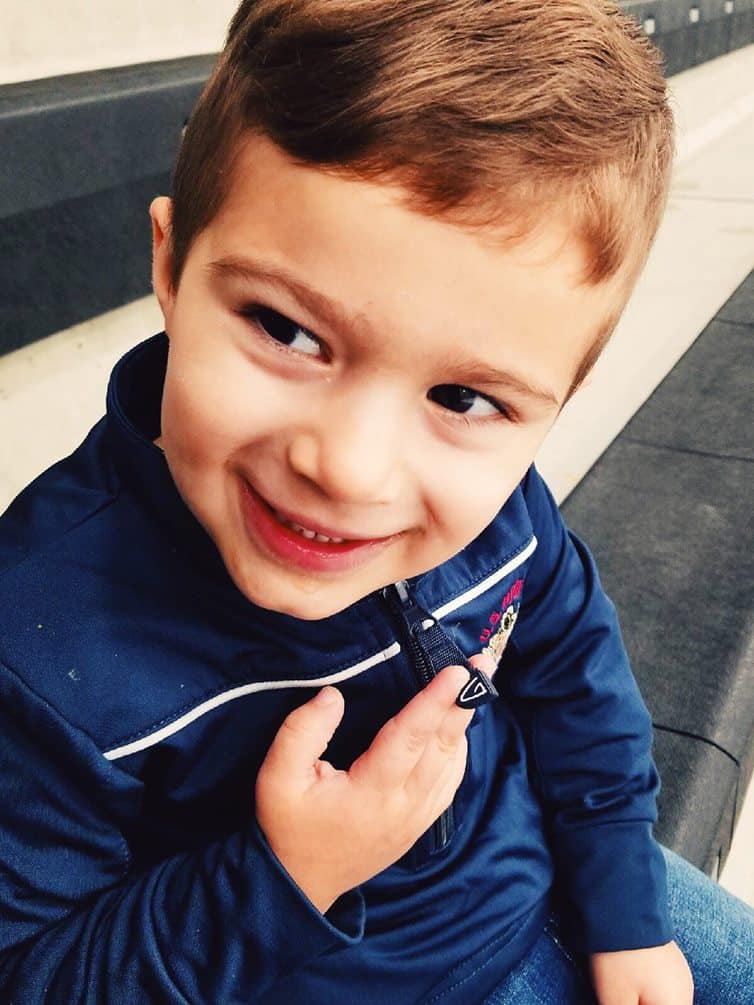 1. We watch a lot of sports at our house, so Joseph has been exposed to a ton of them, but the two that he has seemed most interested in is golf (for some reason he’ll repeatedly ask to watch golf? I have no idea. And he loves to cheer when players make putts or say “NOOOOOOOOOO” when they miss) and, not too surprising, hockey. He’s been asking to go to a hockey game for awhile now, so earlier this week, my husband took him to watch a Penguins practice – their practice facility is not far from our house and they have practices open to the public once or twice a week. HE. LOVED. IT.

He came home so excited and couldn’t wait to show me how the players took shots and how they skated (“so fast!”) and has been asking to go back ever since. He has also said “my turn to play hockey” and “my turn to skate”, so we’re thinking after his birthday we’re going to sign him up for ice skating lessons since you have to be three. I’m not going to lie, I’m in love with the fact that he’s super interested in my favorite sport!

2. Dominic has really been taking off with his walking the last couple of days, wobbling from one room to the next or chasing after one of us. He always has a huge smile on his face and is super proud of himself. He’s also starting to make more noises and mimic us if we ask him to repeat a word. One of his favorite is “uh oh!” when he knocks something over, which is one of the first things Joseph started saying too. It’s so fun to watch his personality blossom and get to know him even better :) 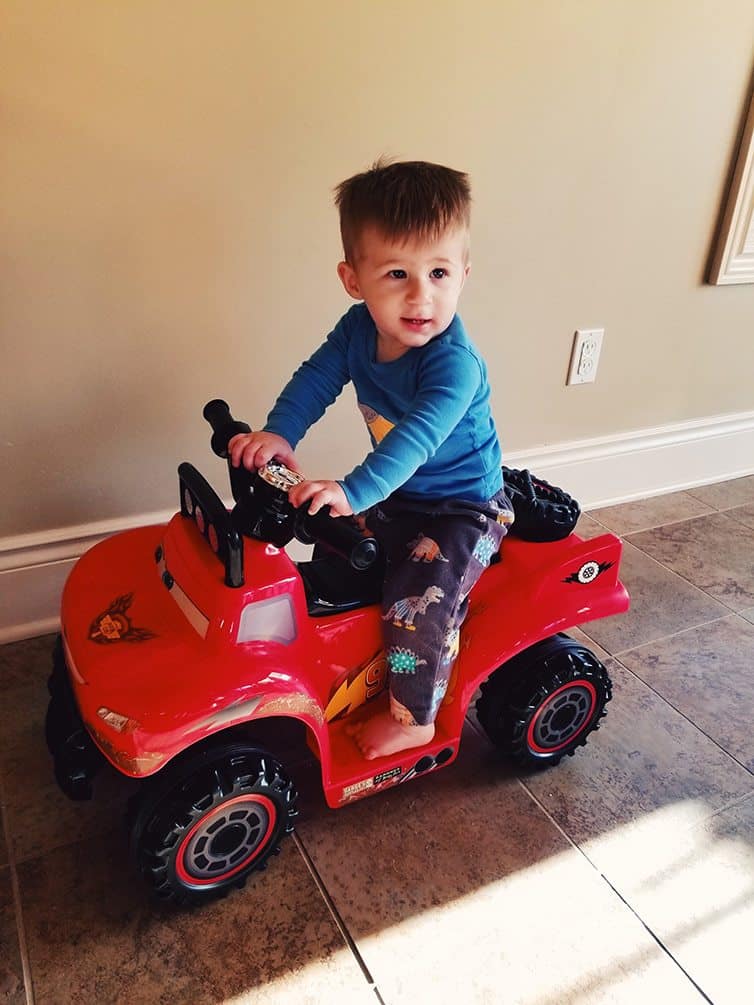 3. You might remember that last year for Dominic’s baptism, my husband’s best friend was the godfather (he is actually godfather for both boys) and he and his wife and daughter came out for the weekend (they live in Virginia). Their daughter is about a year and a half older than Joseph and he was totally smitten with her; they were inseparable the entire weekend. They are coming out today for the weekend and Joseph is so excited to see her! We Facetime with them occasionally and Joseph always has a massive grin on his face when he sees his friend Della. He said they’re going to play and color, but “mommy color too”, ha!

5. While our friends are going to be in town, we decided to have our families over and do our gender reveal this evening! With each of the boys, we didn’t find out the sex until the 20-week ultrasound, but this time I did first trimester NIPT testing since the doctor said I qualified for because of my “advanced maternal age” (ha! I’m 37), which is a DNA sample that they screen for chromosome abnormalities, and will also reveal the sex of the baby (all of the DNA tests came back completely normal). We’ve known the sex for a few weeks now, but haven’t told anyone yet! Cat will be out of the bag tonight!

6. I read this week that AIM was being retired for good; I didn’t realize it was still in existence! AOL instant messenger was basically my lifeline during college (also, Napster, thanks to college Internet speeds that blew away the dial-up connection I was used to at home!), and my gosh, crafting a good away message? The struggle was real. Good memories :)

7. I’ve been trying to get the boys’ closets switched out for the new season and, in Dominic’s case, get the bin of Joseph’s old clothes unpacked, however since it’s like 70 degrees for five days in a row, and then 50 degrees for 2 days, I’m forced to keep both summer clothes and fall/winter clothes in both their closets. It’s driving my type-A, must-organize-everything self a little batty.

8. Are you watching any of the baseball playoffs? We’re watching a little bit here and there; I’m rooting for a Houston vs LA World Series and for Houston to win it all. Who are you rooting for?

9. We’ve been on a serious HGTV binge lately (Fixer Upper, Property Brothers, Love It or List It), but we’ve also found a new show on Netflix we’ve been watching – Ripper Street. It’s set in London in the late 1800’s and revolves around the aftermath of Jack the Ripper killings. Very well done show! 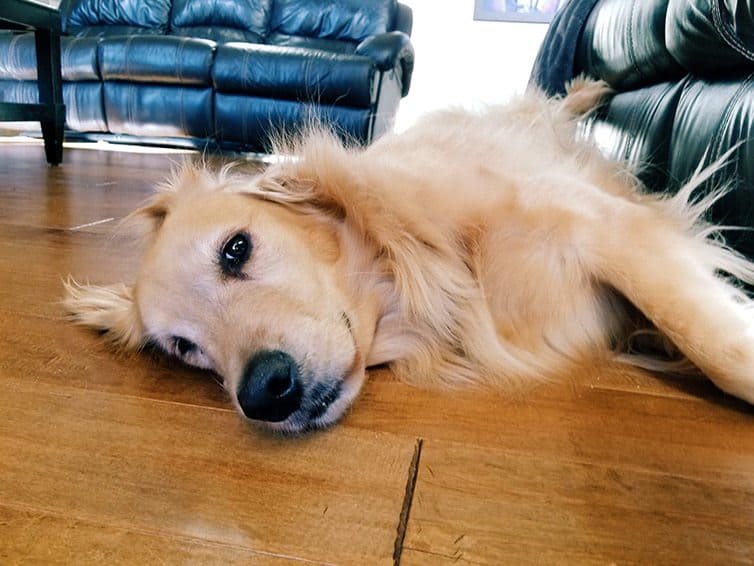