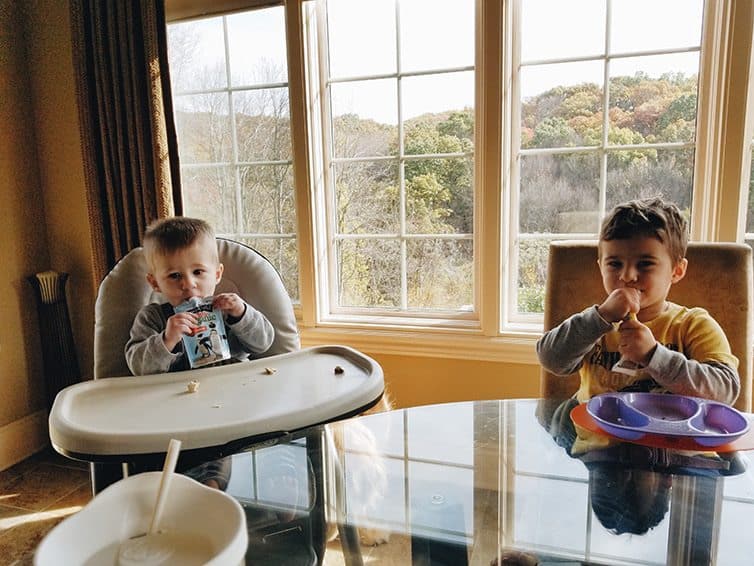 1. We’ve been having so much fun with these rascals lately! Dominic walking around is a total game changer; he chases Joseph, and is generally MUCH more interactive with everyone, which is so much fun. Yesterday I got to be a surprise “mystery reader” at Joseph’s preschool class; he had such a sweet sheepish grin when he saw me and was so happy. Such a fun opportunity! (I read The Going to Bed Book, which has been a staple in our house for ages, and Joseph has it pretty much memorized at this point. He actually pages through it and says the parts of the book that correspond to each page, which amazes me every single time he does it!)

2. I mentioned in The Weekend Dish last Saturday that my husband and I were headed out of town for our first overnight away since having the boys. We went to Baltimore for a wedding and had a fabulous time! I was much less nervous about leaving them than I thought I would be, but was so sad that Joseph came down with a cold while we were gone. We were definitely thrilled to see their faces when we got home :)

Oh another note, the bride and groom gave out favor boxes filled with goodies from each of their home states and their adopted hometown – Maker’s Mark Bourbon Balls (bride is from Kentucky), salt water taffy (groom is from New Jersey), and Berger’s cookies (their adopted hometown of Baltimore). SO! I finally got to try original Berger cookies and I was… underwhelmed? After making a copycat version recently, I was excited to compare them. Their cookie has more of a firm/sponge cake texture, while the recipe I made had a softer, fluffier, more sugar cookie like consistency. I was also surprised because a few people commented on the recipe and said that Berger cookies had way more frosting, and well, they just didn’t. The ones I made had WAY more frosting, easily double. That said, their frosting was good, too! So I think it’s totally personal preference in terms of the type of cookie base you like and how much frosting, but I definitely preferred the copycat version to the original.

3. On Sunday I’ll be 20 weeks along, which means I’m already at the halfway point of this pregnancy – insane! I’ve started to feel little flutters and pops of movement over the last week or two, which I just cannot get enough of; I think feeling the baby move is my very favorite part of being pregnant. I’ve never experienced any of the crazy smell aversions that I’ve heard so much about, but I’ve been making my husband some “big salads” with chicken, apple, feta, cranberries and pecans, and for the last few days, all I can smell is feta if I’m sitting near him, and it’s SO STRONG OMG.

4. Let’s dish about Thanksgiving menus… what all are you making??! Here is my tentative menu:

5. When do you start your Christmas decorating? We usually do it the weekend after Thanksgiving, but had been kicking around the idea of at least getting our tree up before Thanksgiving. I’m not sure if we’ll get around to it, but basically our house will look like the North Pole ASAP. I can’t wait!

6. I went to the post office yesterday to drop off some returns and get stamps. One of the stamps available on the display had a Golden Retriever on it, and I asked for two books in a heartbeat. The woman held up the book, which had all sorts of different animals like frogs, birds, rabbits, etc. I guess I was noticeably disappointed and said, “oh that’s okay, I’ll just take the flags then” because the woman working said I was the third person already in the morning that said they were hoping it was just a whole book of Golden Retrievers. AHEM… U.S. Postal Service, please make a book of stamps full of Golden Retrievers! :)

8. Has anyone tried this OXO lint roller thing? I’m curious if it works well!

9. What is currently on your holiday baking list? I can’t wait to start! I always kick it off with a batch of peppermint bark and keep it stocked in the fridge :)

10. TGIF! I love cozy days with my boys (and I offer no apologies for dressing my child like an Elf before Thanksgiving, ’tis the season!) 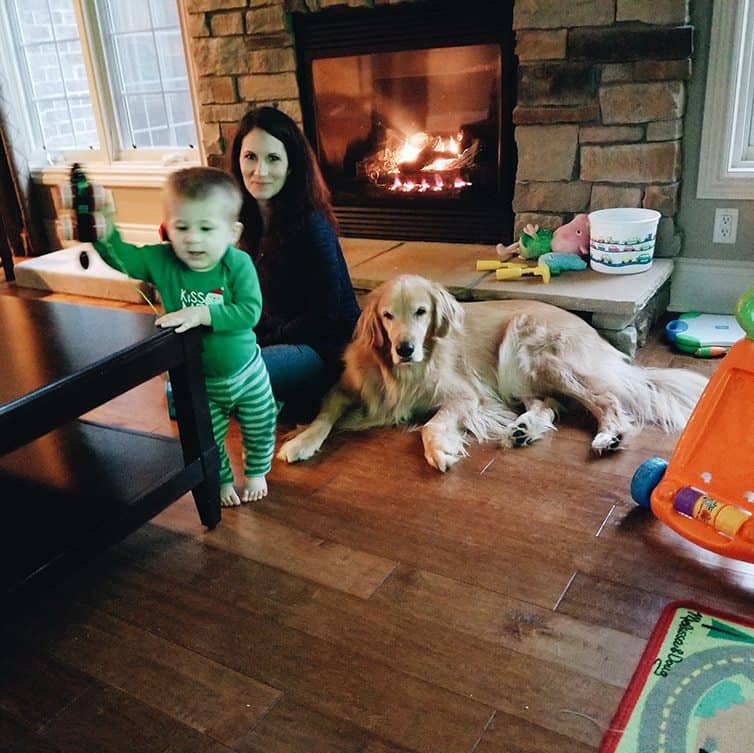