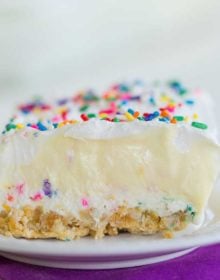 This Funfetti Lush Dessert has a Birthday Cake Oreo crust, a cake batter cream cheese layer, vanilla pudding layer, and tastes just like funfetti cake! It’s a no bake dessert and comes together really quickly, which makes it a perfect option when you need an easy dessert that will feed a crowd. Perfect for summer get togethers or birthday parties! 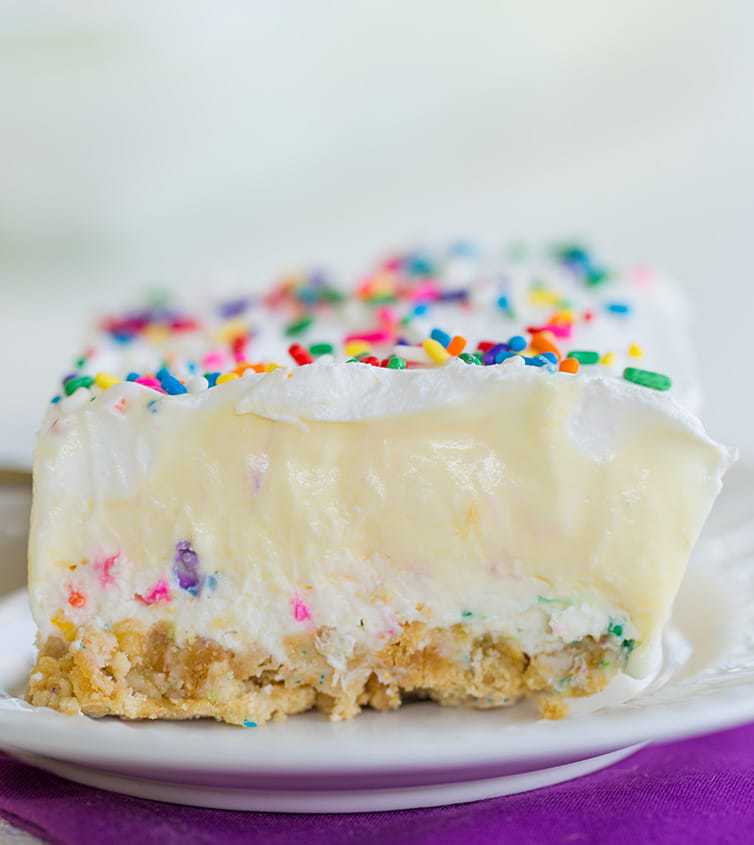 Happy Monday! Today I’m joining a group of fellow bloggers to shower Sally from Sally’s Baking Addiction with delicious recipes in celebration of the pending birth of her first little bundle of joy (eeeeee! a new baby!).

If you’ve ever visited Sally’s blog, you know that she really loves dessert and she REALLY loves sprinkles. When I was thinking of what I wanted to make for her, I had in mind something that would be a great end-of-summer recipe that was filled to the brim with sprinkles. One of my favorite summertime desserts is the no bake Oreo layer dessert, so I took that architecture and turned it into a funfetti dessert, complete with all of the flavors of actual birthday cake. 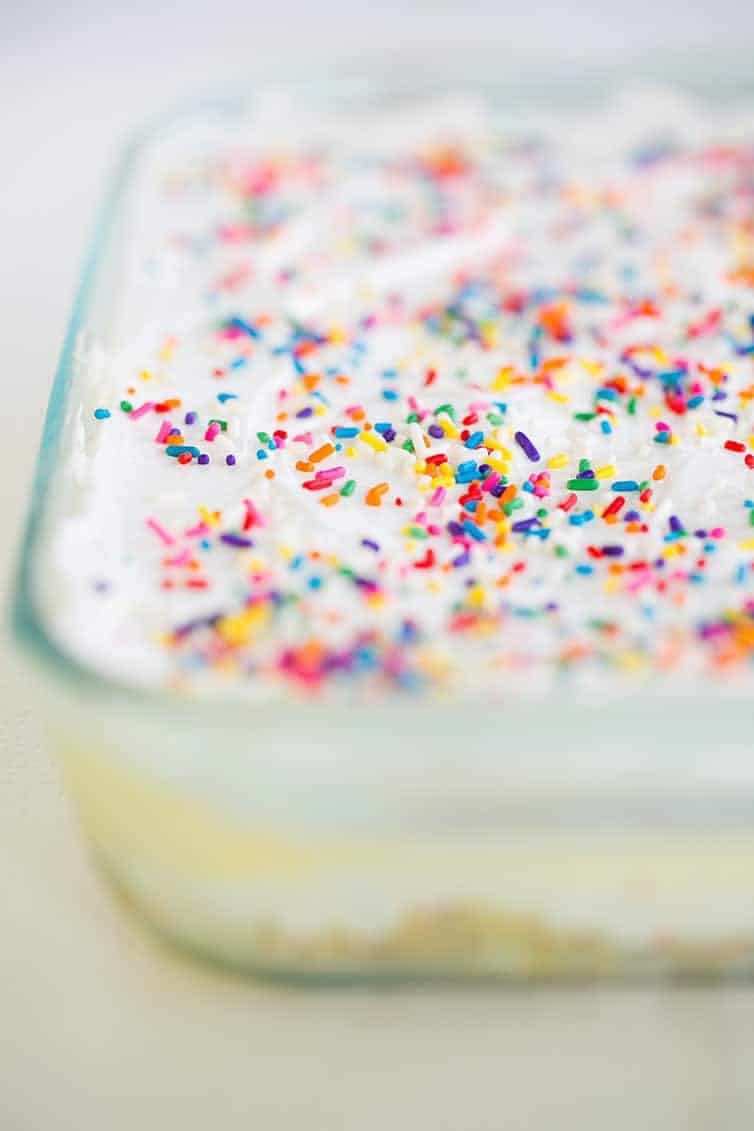 Only in the last few years has the term “lush dessert” popped onto my radar. I know they’ve been around forever, and I’ve even made variations of them without realizing it! They usually involve the same key components:

As you can see, the variations are truly endless… SO MANY POSSIBILITIES! 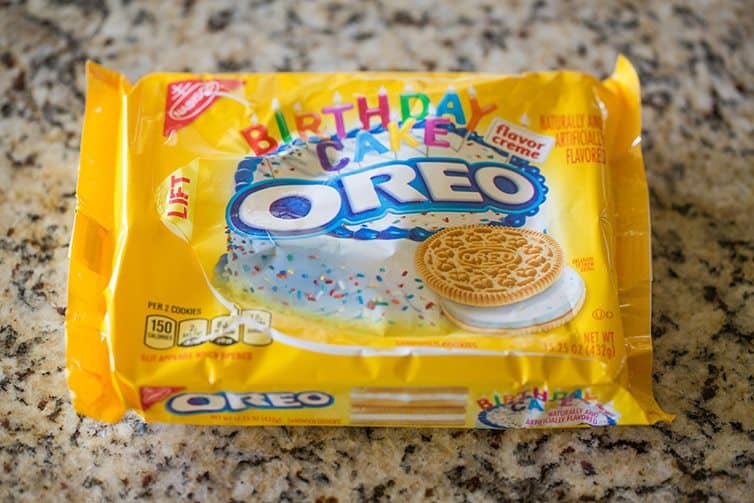 For this funfetti lush dessert, I started out with an Oreo crust, but not regular Oreos… BIRTHDAY CAKE OREOS. Can you believe how many different varieties of Oreo cookies there are?! Crazy! The filling in these Oreos have little flecks of sprinkles and are flavored like birthday cake. Perfect!

My cream cheese layer was pretty standard, but I threw in a trio of extracts that give things that characteristic funfetti birthday cake flavor. That magic combo is equal parts vanilla and butter extracts, and half part almond extract. It’s seriously amazing how it transforms the flavor! Then I mixed in sprinkles because, of course!

Then we went on to a standard vanilla pudding layer, which I mixed with a bit of Cool Whip to lighten it up and give it a little bit of a mousse consistency, which I love. On top of the pudding is a layer of Cool Whip and more sprinkles. 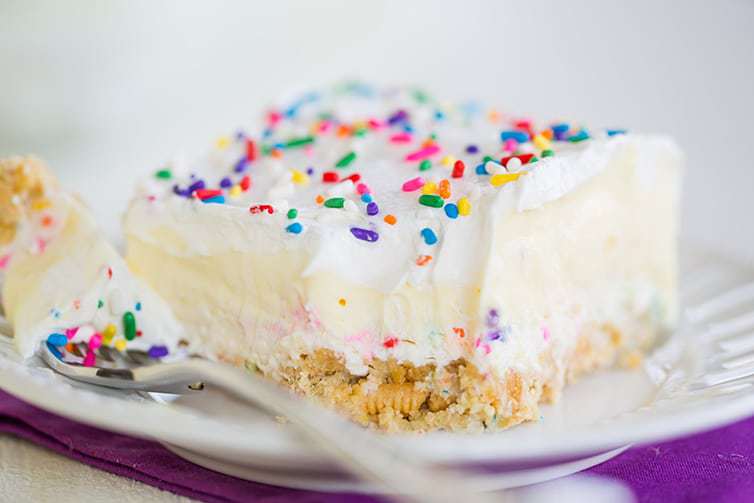 Everyone who had this dessert loved it, and I thought it was super light and refreshing. It’s unfathomable to me, but we’re heading into Labor Day weekend and this would be a perfect summer send off if you’re having a picnic or need to bring a dish somewhere. But let’s not just relegate it to summer! This would be fantastic for any birthday party, especially if you have a funfetti fanatic! 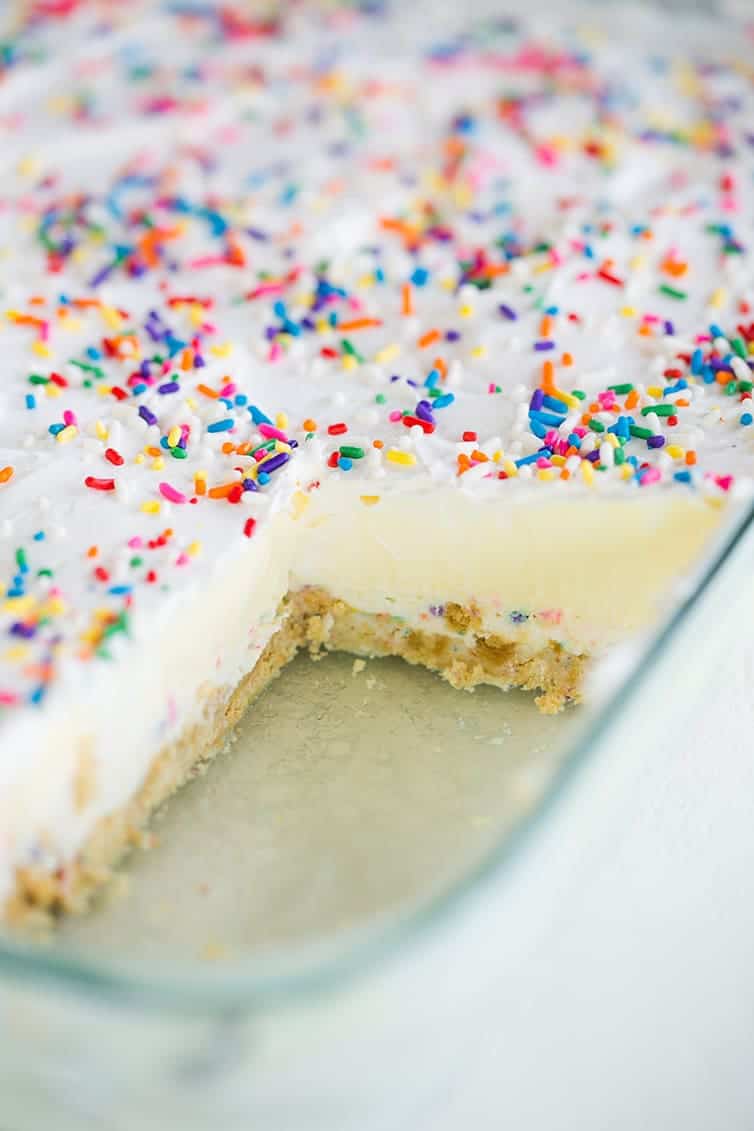 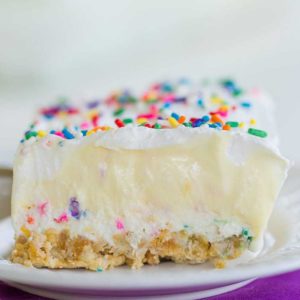 For the Cream Cheese Layer

For the Pudding Layer 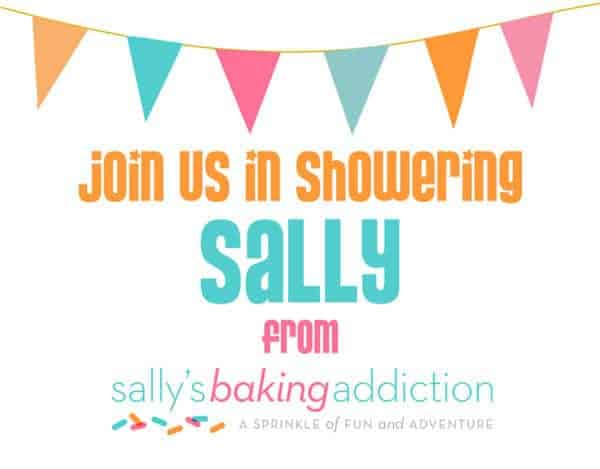 Check out all of the recipes posted today for Sally’s shower!