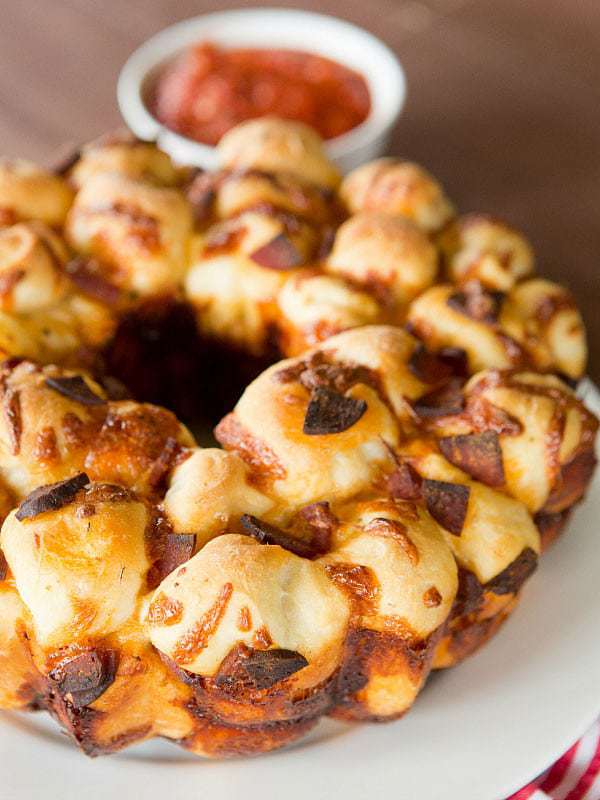 A long, long time ago I made monkey bread for the first time and fell in love with that sweet, yeasted, cinnamon-sugar pull apart bread drenched in a sugar icing. Honestly, what’s not to like about that previous sentence?! I’ve been toying with the idea of a savory version for some time now, and after seeing these pepperoni pizza puff muffins, I was determined to make a pepperoni version, especially since pepperoni bread has long been a staple of mine and my husband’s families since we were both kids. 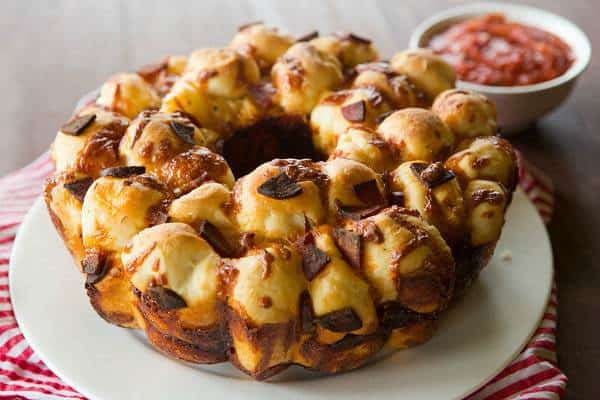 This pull-apart bread starts with pizza dough. You can use a half batch of my favorite fresh pizza dough, or you can use frozen (and thawed) dough. My grandma and my husband’s family both used Rhodes frozen bread dough for their pepperoni breads, and that brand makes a frozen pizza dough as well, so if you go that route, that’s what I would recommend.

I toyed with the idea of incorporating the sauce into the actual bread, but I was fearful that it would cause the dough to become a little bit too soggy and that it wouldn’t bake up as fluffy as I would have liked. So, I cooked the sauce separately and served it on the side, which worked out perfectly. Those who like more sauce can dip as much as they like, while those that are more sauce-averse can dip sparingly or not at all. I used the sauce from my Chicago-style deep dish pizza, as it’s especially flavorful, a tad bit sweet and nice and thick – perfect for dipping. 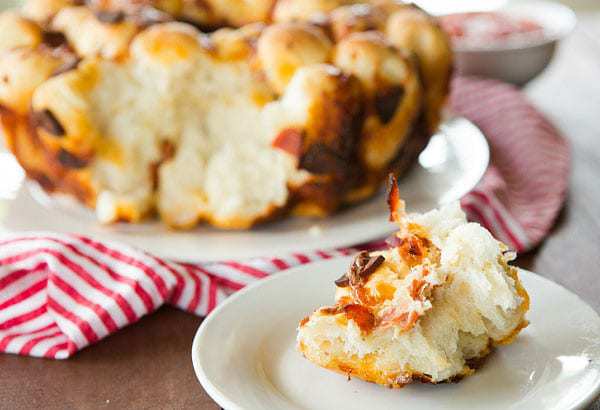 This is a great base for mixing together your favorite cheese and topping pizza blends. You could do crumbled sausage and sautéed mushrooms, prosciutto with Gruyere cheese, meat lover’s… so many possibilities!

My husband has requested that this be added to a future Sunday dinner menu… done! 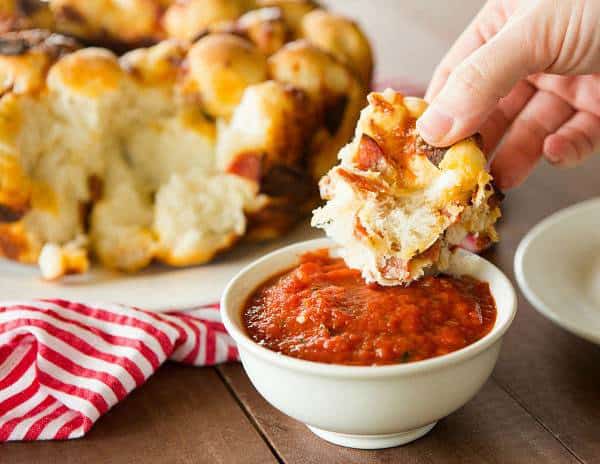 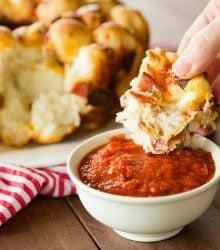