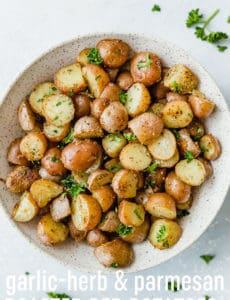 These are the BEST roasted red potatoes! Full of flavor from the garlic and herbs, and the Parmesan cheese forms a crust on the potatoes… Delicious! 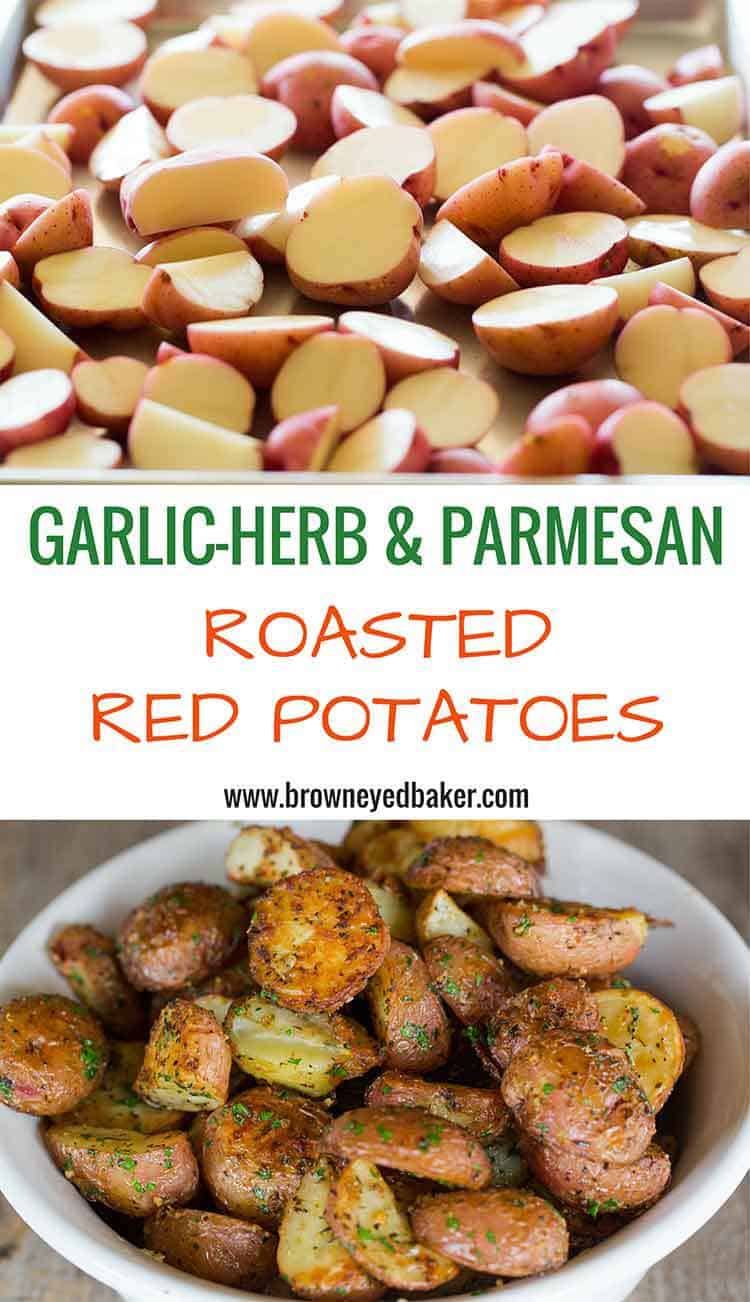 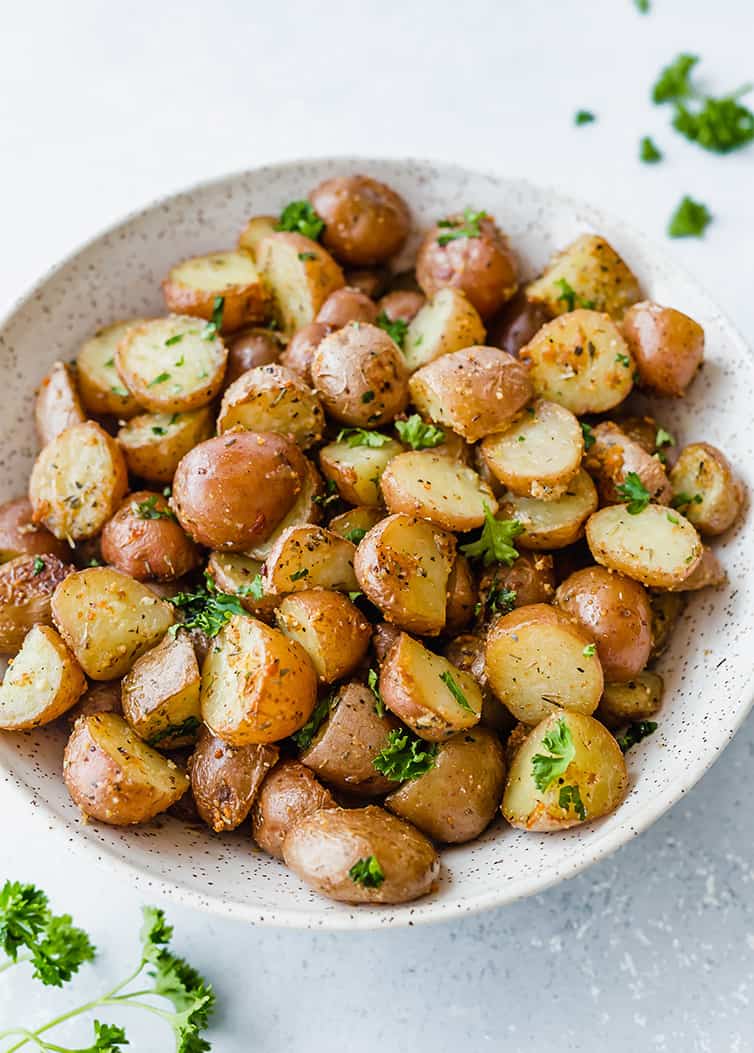 One of the cornerstones of Sunday dinners at my grandma’s house were her famous roasted potatoes. Famous to us, and anyone else who had the opportunity to taste them, of course. Everyone clamored for them, my uncle would hoard the bowl, and it would never fail that after my grandma pulled a baking sheet out of the oven full of potatoes, she would be sitting in the kitchen peeling another few pounds for a fresh batch.

Pretty much every member of my family is a bottomless pit when it comes to roasted potatoes… she ruined us! 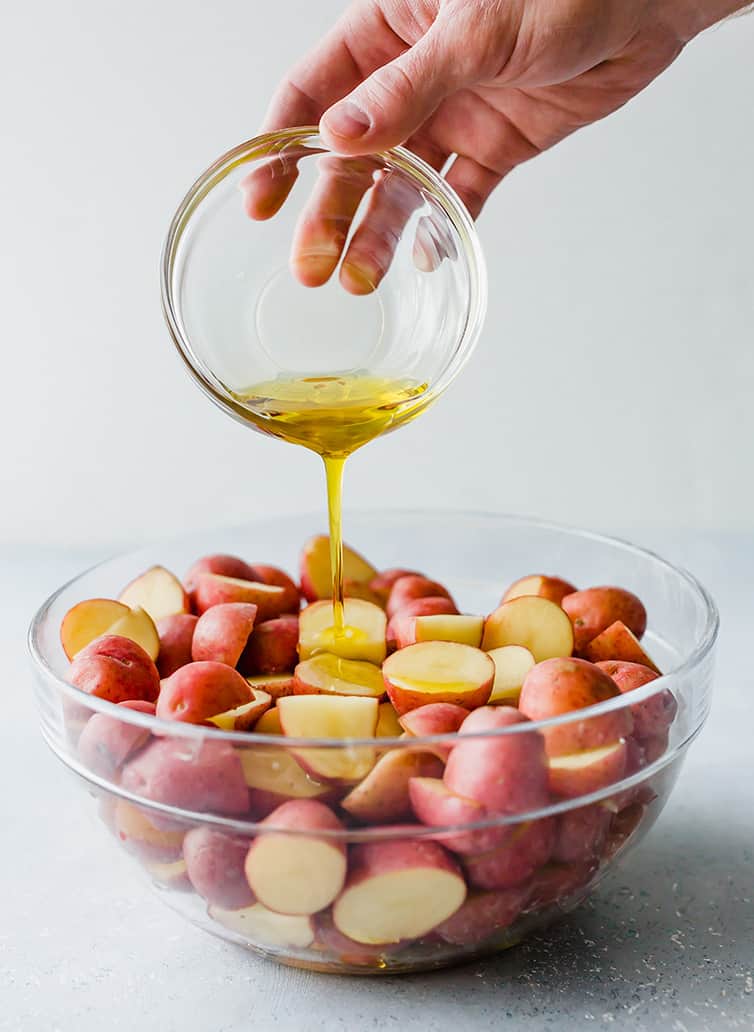 I shared my grandma’s roasted potato recipe a couple of years ago, but the problem is that no one else in my family is able to cut the potatoes the way my grandma used to (a very rustic, hap-hazard cutting job!) except for my sister.

Roasted potatoes were a MUST for our newly revived Sunday dinners, but I needed a recipe for the weeks when my sister couldn’t get here early enough to cut the potatoes… my grandma’s potatoes are just NOT the same when they’re not cut the way she used to cut them. 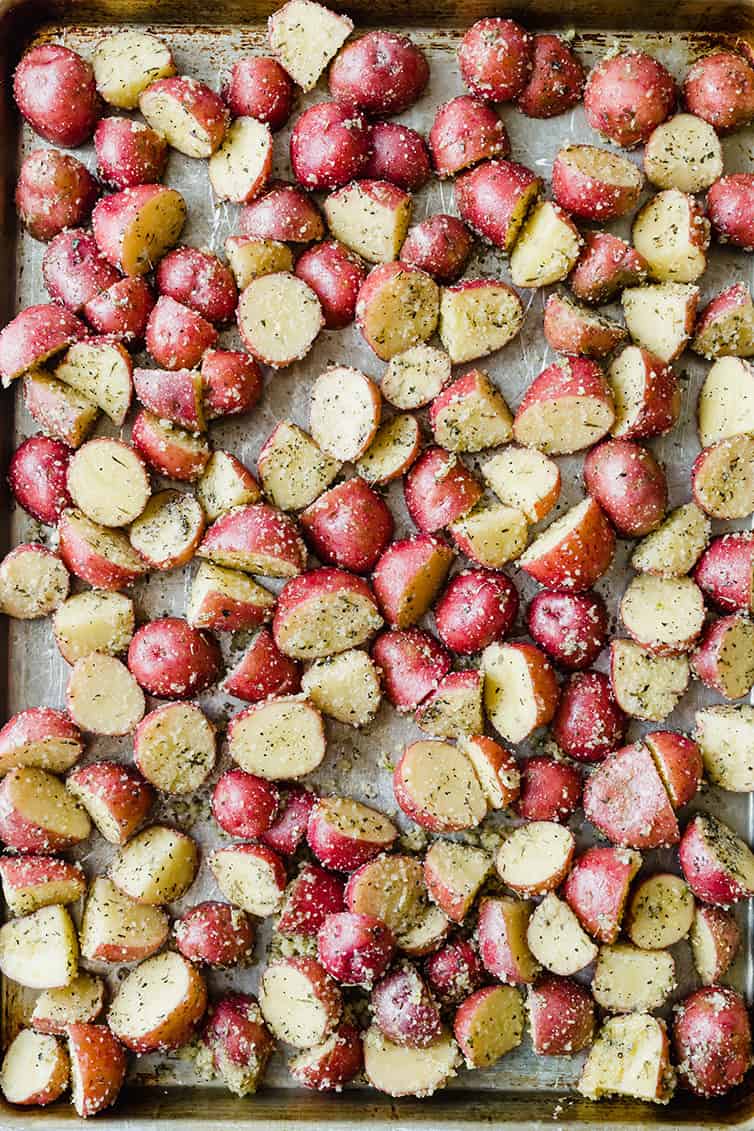 I’ve been making this recipe for at least a month and a half now, and everyone absolutely loves them. They still get gobbled up (and my uncle still hoards the bowl), even if they aren’t quite my grandma’s potatoes.

There is a ton of flavor from all of the garlic and herbs, and the Parmesan sort of crusts over the potatoes, which tastes amazing. I let them get really brown and crisp before I pull them out of the oven… Perfection!

I still want my grandma’s potatoes every single Sunday, but these are an incredibly worthy stand-in! 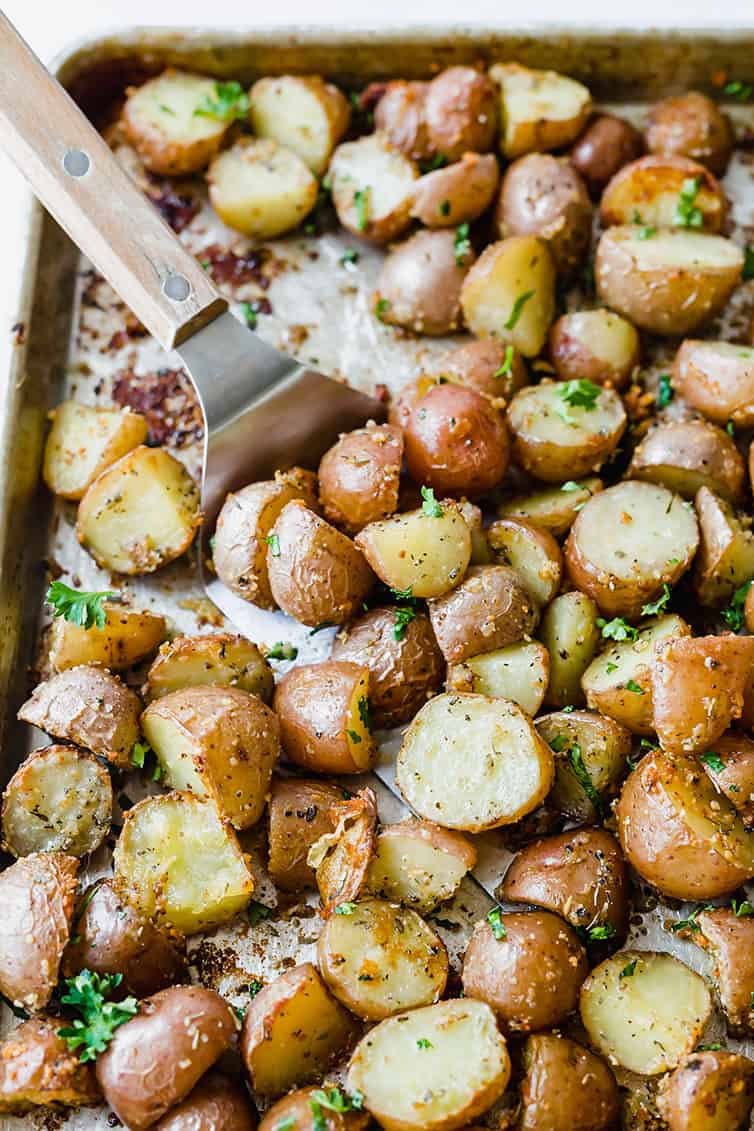 If You Like These Roasted Red Potatoes, Try These: 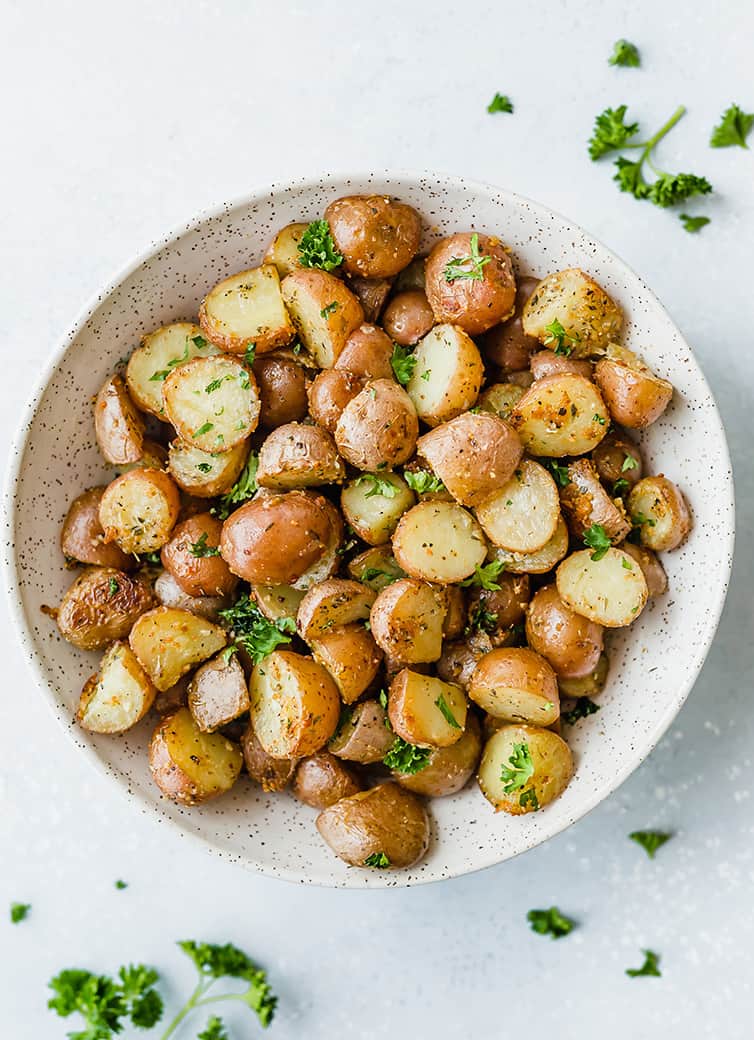 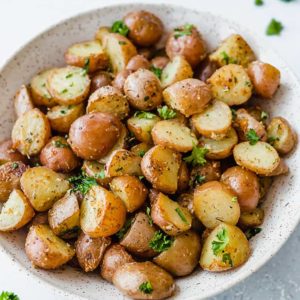