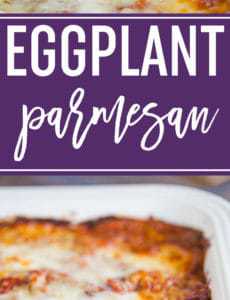 This eggplant parmesan recipe is my father-in-law’s signature dish and it always receives rave reviews, even from people who are sworn eggplant-haters. With multiple layers of fried eggplant, pasta sauce and tons of cheese, you can’t go wrong! 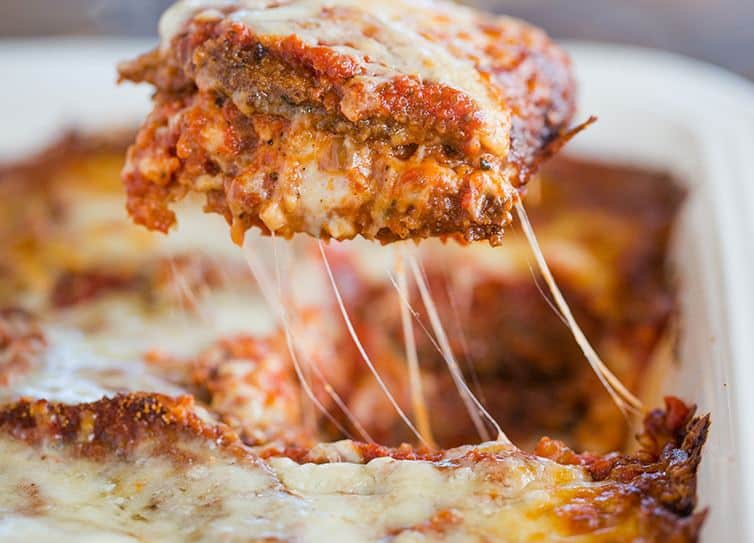 It’s here! Quite possibly the most requested recipe since I started sharing our Sunday dinner menus a few years ago; so many of you have begged for my father-in-law’s eggplant parmesan recipe, and I’m excited to finally share it with you!

Now full disclosure here before we jump into the recipe… I am NOT an eggplant fan. Which is to say, I really don’t like it much at all. So the very first time my father-in-law ever served this when I was dating my husband, I took a small piece to be polite, but truly was not expecting to like it. But, OMG, I actually LOVED it. And other people in our family who have sworn off eggplant have fallen in love with this eggplant parm, and declared it the best they’ve ever had.

There are no special ingredients, but layers upon layers of thinly sliced, fried eggplant, homemade pasta sauce, and lots of cheese is certainly hard to beat! 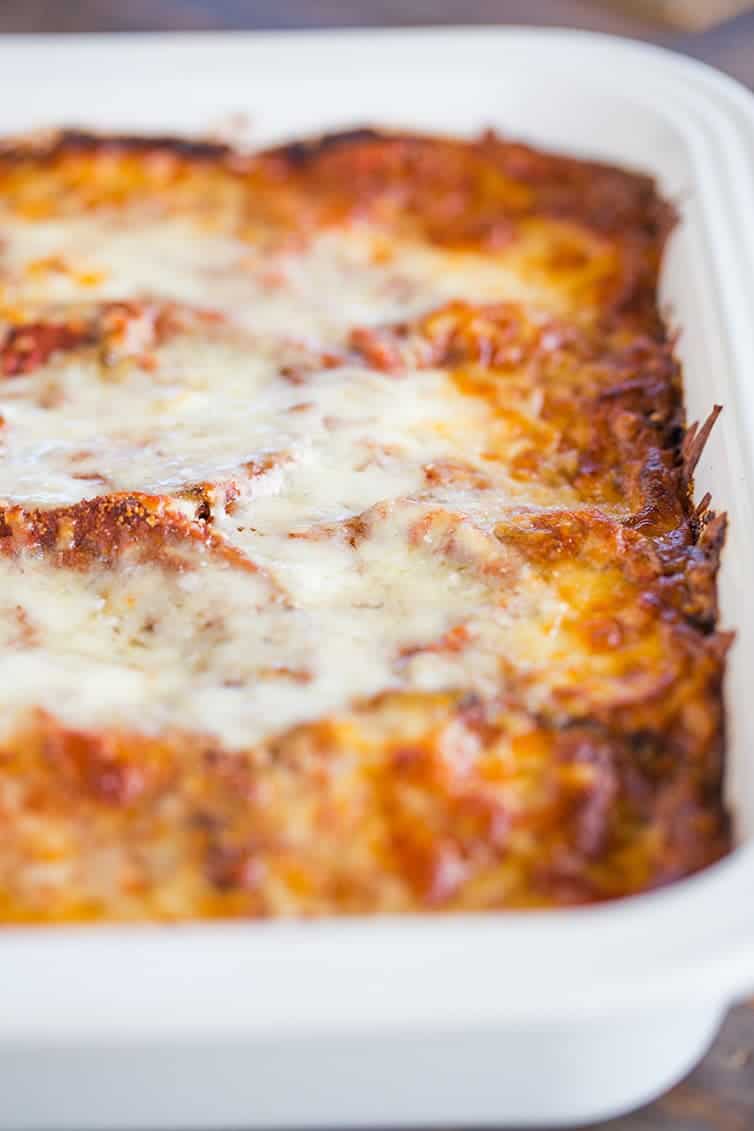 How Do You Prepare Eggplant for Eggplant Parmesan?

This is probably the most vital part of preparing eggplant parmesan, and also the most time-consuming part of the process. My father-in-law swears by thinly-sliced eggplant that has been salted to remove the bitterness, then breaded and fried.

How thick do you cut eggplant for eggplant parmesan? His recipe calls for 1/8-inch thick, but basically, as thinly as you can safely get it! My mandoline and food processor are both too narrow for the bulbous eggplants, so I sliced by hand and just went slowly and got them as thin as possible.

Some additional notes on the eggplant prep: 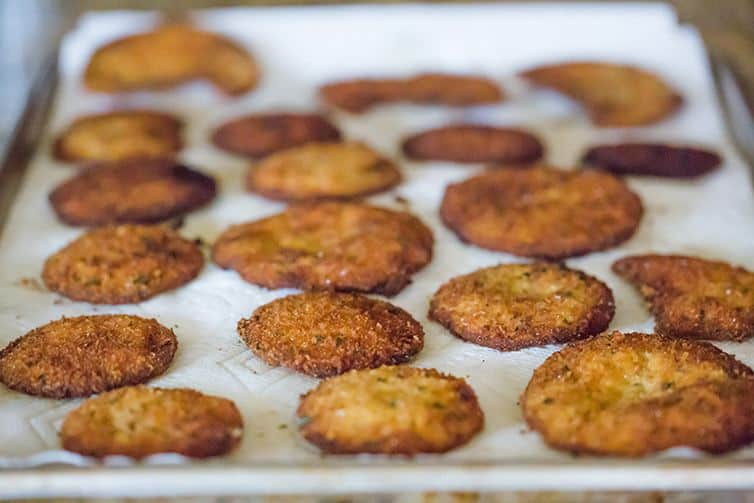 I only did one thing differently than my father-in-law’s recipe.. he does not put a layer of mozzarella cheese on top, but adds more in the interior layers; he just puts sauce and Parmigiano-Reggiano on the top layer. However, I love a cheesy, browned, bubbling top layer on something like this, so I veered slightly. I couldn’t help myself!

There’s no denying that this dish a definite labor of love. The preparation of the eggplant takes a good bit of time, so you could totally break up the prep work. I prepped and assembled everything the day before serving, but my father-in-law sometimes spreads it out over three days:

Day 1: Prep and fry the eggplant, then refrigerate once cooled. Can also make the sauce this day, as well.
Day 2: Assemble the eggplant parmesan.
Day 3: Bake and eat!

This is also a great baked casserole to freeze both before and after it’s been baked. Simply cover tightly in foil and freeze for up to 2 months. 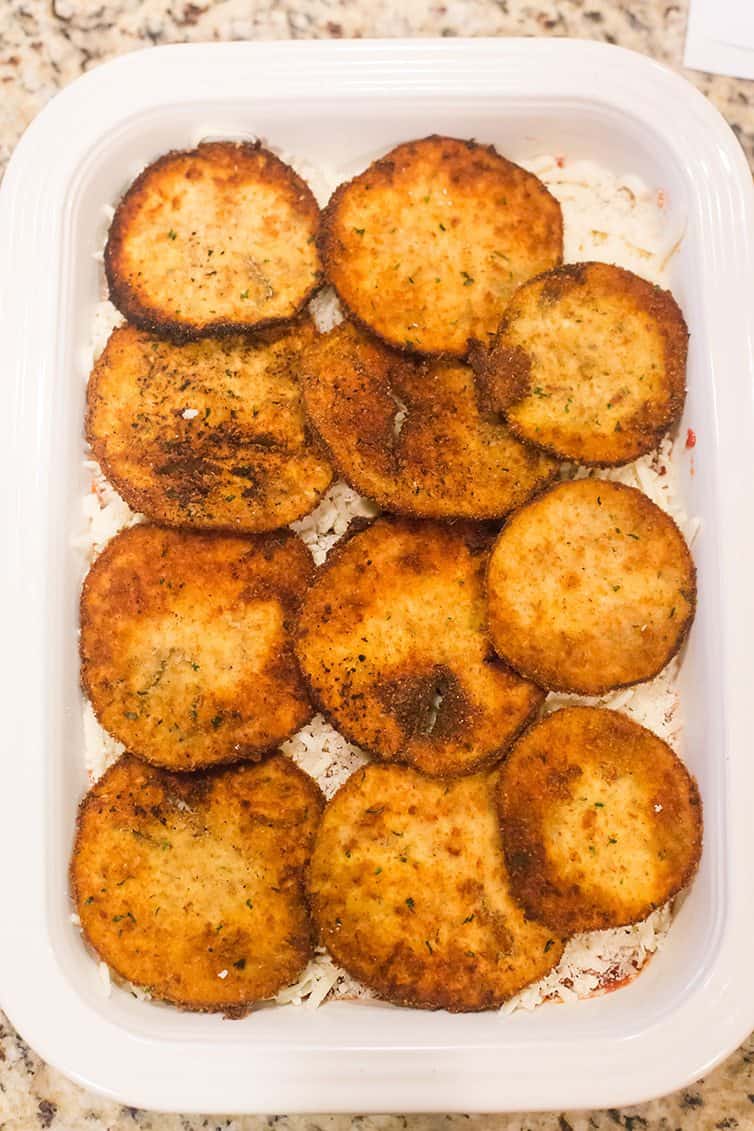 I so hope that you’ll give this eggplant parmesan a try and that your family loves it as much as we do!

And I promise, if you’re not an eggplant fan, there is a huge chance that you’re going to love this anyway! 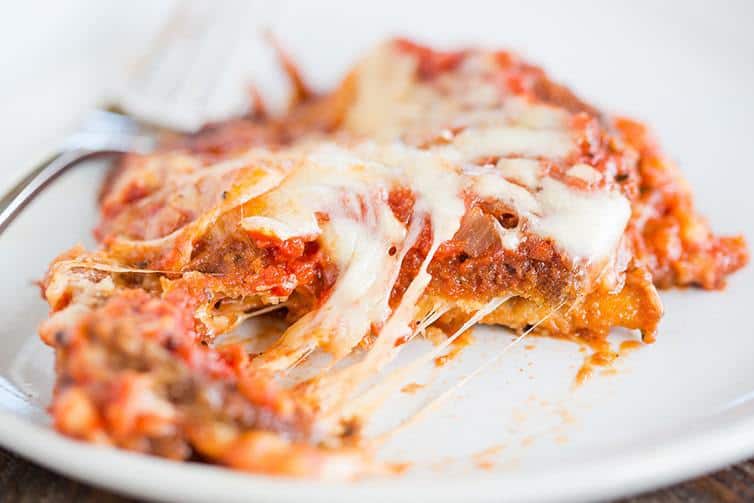 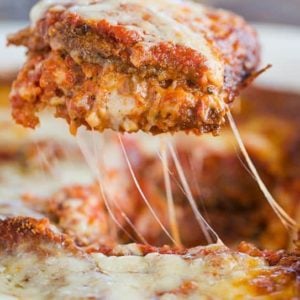 For the Eggplant Parmesan