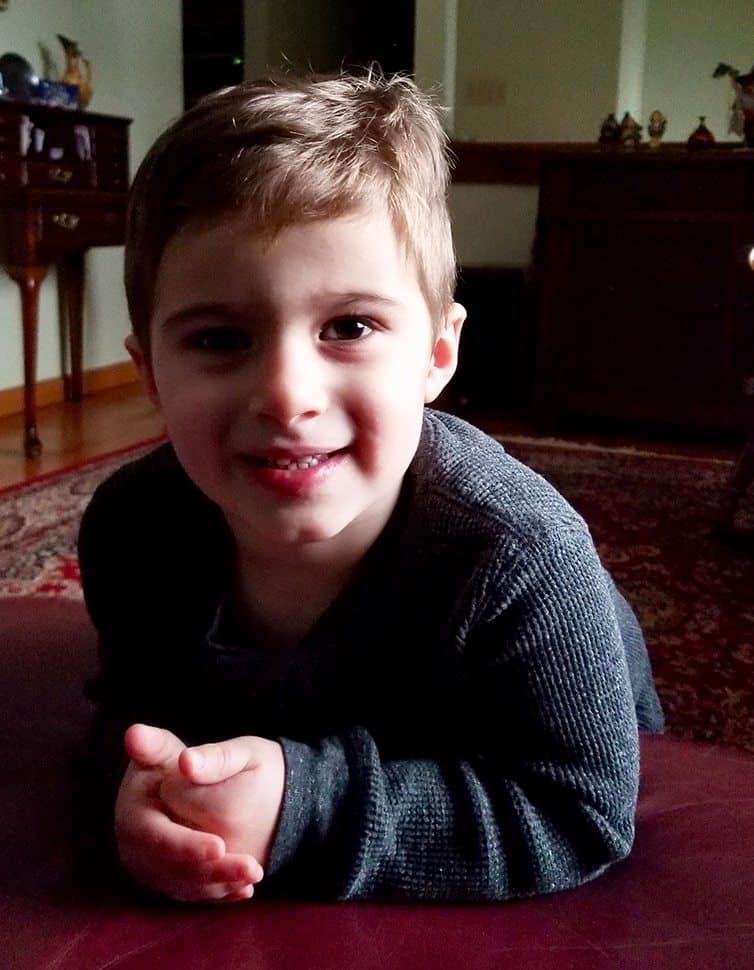 1. Last week, Joseph had his first independent swim lesson (no more mommy-and-me, *sniff*) and he was a little weepy off and on throughout, which the instructor said was totally normal for the first few times when they’re used to having class with mom, and that he actually did a fantastic job for his first solo class. He has another this morning, so I’m hoping he keeps feeling better about it… the upside is that after the class he told me how much fun he had, all the skills he did, and he was really, really excited to be in the “big kids class”.

You probably remember that Dominic’s hair has been crazy since the day he was born and it really has ever only either stood straight up or laid flat down on his forehead. After a bath over the weekend, I was actually able to comb it over a little bit, and he looked like such a little man! 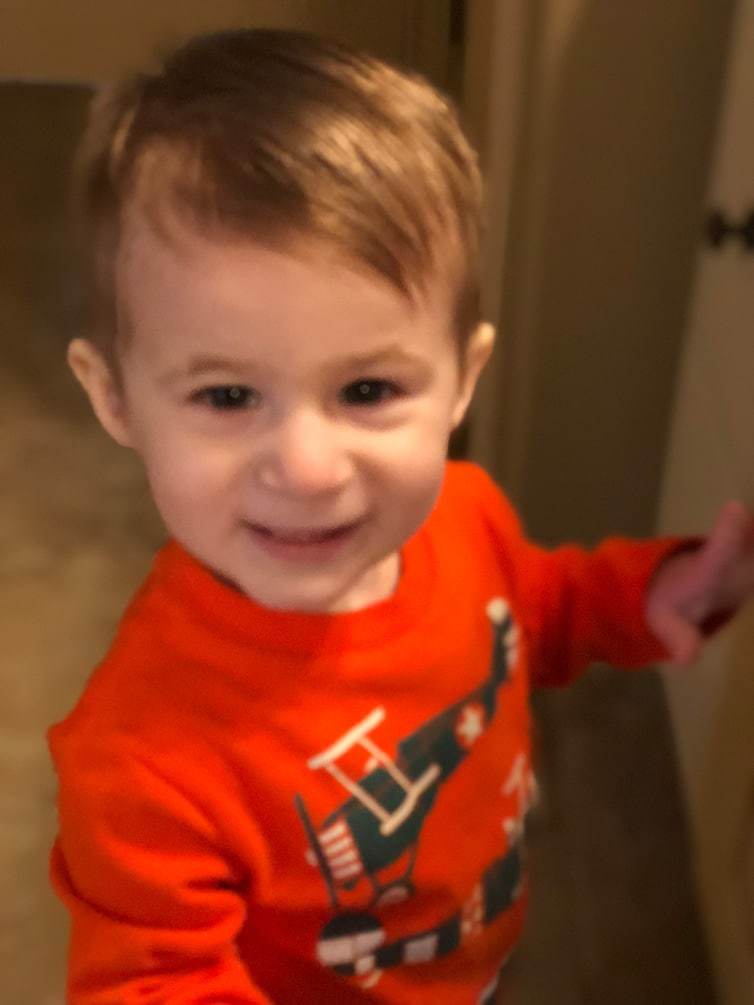 (P.S. If you’re on Instagram, be sure to follow BEB… I’ve been getting better at sharing videos and photos on Insta Stories of the boys, the dogs, and behind the scenes food stuff!)

2. Thanks for all of the love for our new furry addition, Judith! We’ve had a great week getting to know her and have totally fallen in love with her. She and Duke became fast friends, playing and chasing each other around the yard… Joseph is absolutely smitten and talks to her all day long, telling her about school, and asking if she wants a cup of coffee after dinner (HA! He was actually insistent that I make her coffee one night, and I had to tell him that dogs don’t drink coffee.).

Dominic took the longest to warm up; she still has lots of puppy energy and is certainly more “in your face” with the little people than Duke is, however we just kept taking time to get on the floor with both of them so Dominic could stand next to her, pet her, etc while we were next to him. By Wednesday, he was taking her by the collar and walking her around the house, and telling her to “sit”. He’s been totally fine with her since, so I think it’s safe to say he’s reached his comfort zone, too! She’s an incredibly sweet dog, and so good, and we’re so thrilled that she’s part of our family.

3. And can we talk about how I am now less than seven weeks from my due date?! How on earth did that get here so quickly?! And frankly, no, we are not ready in the least, ha! I do have clothes, buuuuuuut that’s about it! The nursery isn’t set up yet because we’re waiting on Joseph’s new big boy bed to arrive (should be another week to 10 days) so we can move his crib into her room and then get everything situated. I feel like with each subsequent pregnancy we’ve taken our good old time getting things in order (including picking a name, ha!). Maybe after the first we realized there really isn’t so much that is absolutely, positively necessary and are more laid back?

4. The weather here has been absolute insanity over the last week… we got two inches of snow last Saturday, then on Tuesday it was 75 degrees and sunny, and now it’s cold and we’re in the midst of a four-day monsoon. I love winter and snow, but I’m ready for 60-degree weather!

5. If you’re on Facebook, be sure to join the Brown Eyed Baker Friends group – there are a lot of awesome members who help each other, and it’s a great way for me to see what you’ve been baking and cooking!

6. I’ve been craving a legit Mexican meal; I might have to whip up a batch of the copycat Chipotle chicken one night!

7. So, a Trader Joe’s opened 10 minutes from my house ummmm three years ago, and I have still NEVER been there. I KNOW. But I want to make a run, so please tell me what’s on your list of must-buys when you go!

8. We’ve still been going hard on the Olympics, and I was so thrilled that the U.S. women’s hockey team won gold! When I was little, I was obsessed with hockey (shocking!) and would put on my dad’s stinky hockey equipment and play with a street hockey ball on our porch. I always wanted to play, but at the time, where we lived, there weren’t any programs at all for girls. Such a bummer.

9. We finally caught up on the first two episodes of Homeland and… meh. It just doesn’t grip me the way the first few seasons did… the storyline with Brody was just phenomenal and while the show is still good, it doesn’t knock my socks off anymore.

10. TGIF! These two are getting to be such amazing friends! xo