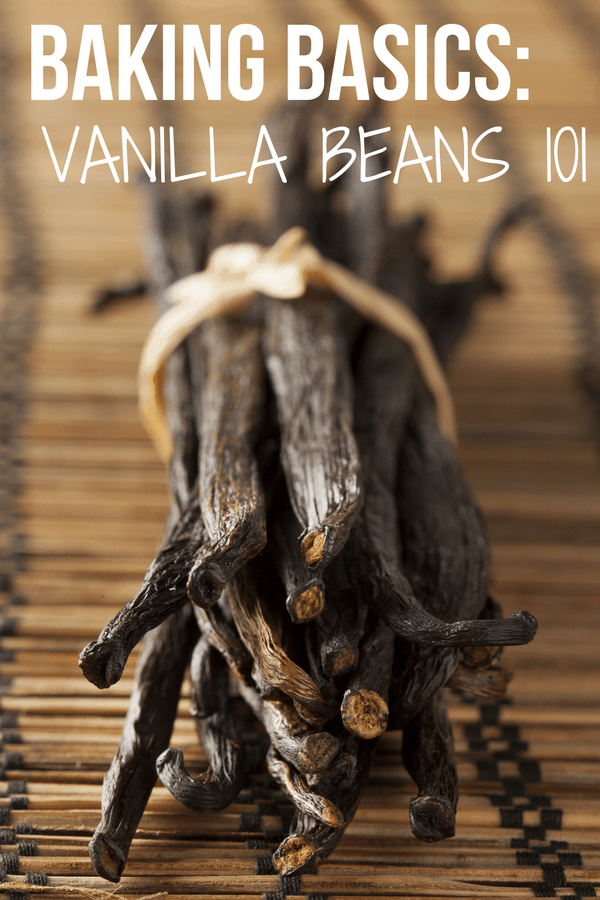 Today we’re talking about one of my very favorite ingredients – vanilla beans! Most people that bake even occasionally keeps a bottle of vanilla extract in their pantry, but where did that come from? Vanilla beans!

There are a number of different varieties of vanilla beans, so today we’re going to explore all of the differences, and when it’s best to use each one. I’m also including information on where I like to buy mine, how best to store them and an easy formula for making your own vanilla extract.

Where to Buy Vanilla Beans

My very favorite place to buy vanilla beans is from Beanilla, but you can also find tons of varieties on Amazon.

How to Store Vanilla Beans

The absolute worst thing is going to get your (very expensive) vanilla beans from the pantry and finding that they have dried out. THE WORST. So how can you keep them as fresh as possible?

Simply wrap the vanilla beans (you can wrap them as a bundle, you don’t need to wrap them individually) tightly in plastic wrap and store in an airtight container. Store them in a cool, dark place like your pantry.

How to Make Your Own Homemade Vanilla Extract

It’s so easy! Plus, homemade vanilla extract is perfect for handing out at the holidays. If that’s your plan, get your beans and alcohol and get started soon!

Ideal Alcohol to Use: Vodka is the most common alcohol used in making vanilla extract, but you can totally play around with different liquors to impart different flavors. Other popular options are bourbon and brandy.

How to Do It: Using a paring knife, slit the vanilla beans lengthwise and drop them into the bottle of alcohol. Give it a little shake and then store it in a cool, dark place (pantry or basement) for about 2 months, shaking occasionally. You can leave the vanilla beans in the bottle as you use it, but they need to stay submerged, so you’ll need to top it off with more alcohol as you use the extract.

Check out more posts in the Baking Basics series:

5 Mistakes to Avoid When Preparing a Recipe

Flour 101: The Definitive Guide to the Different Types of Baking Flours

Baking Soda vs. Baking Powder: Everything You Need to Know!

Why You Should ALWAYS Weigh Your Ingredients