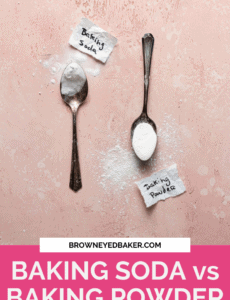 Baking soda and baking powder are both very common chemical leaveners used in baking; below you will learn about the key differences between them, when you should use each, and how to make substitutions. Let’s flex those baking muscles! 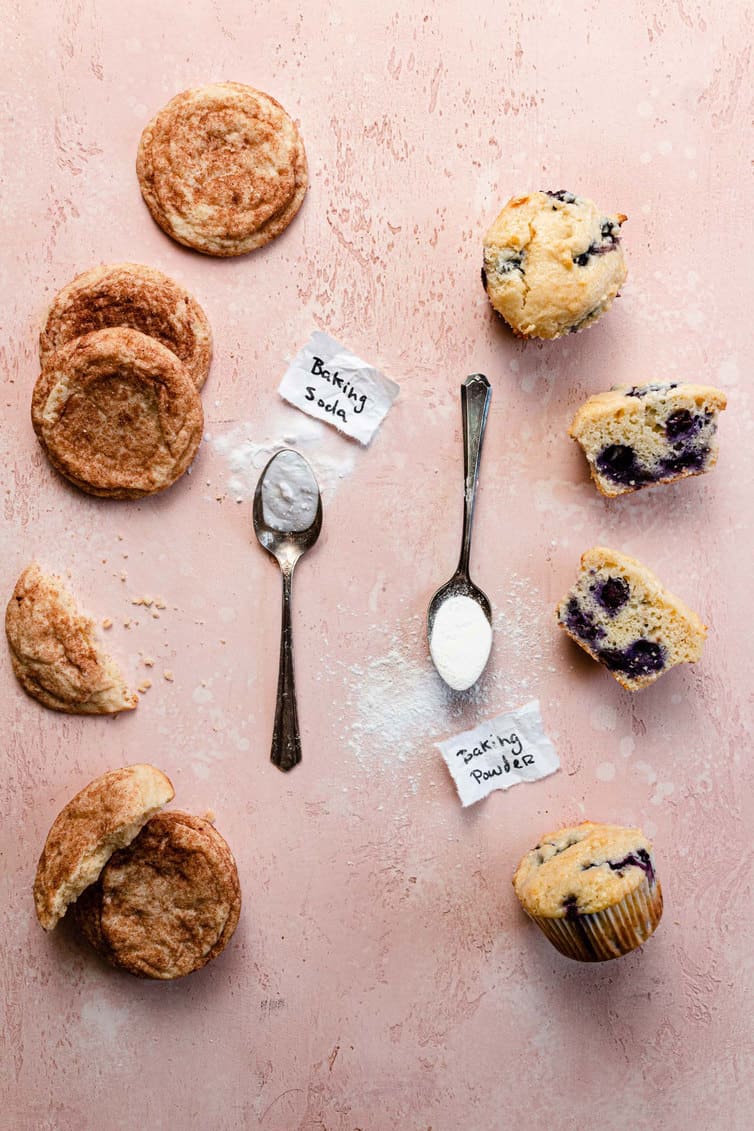 Today we’re tackling the subject of baking soda vs. baking powder. Nearly every baking recipe includes one of these (or both!) and if you’re like me, you may have wondered why some recipes call for one or the other and if it’s possible to make substitutions.

Baking soda and baking powder are both odorless white powders that work as leaveners, however, they are chemically different.

What is baking soda?

The first thing to understand is that baking soda is a base (I touched on this a bit when talking about cocoa powders). So, it needs an acid to react with to create carbon dioxide (bubbles!), which is what gives rise to baked goods such as cakes, cookies, and biscuits.

The most common types of acids called for in recipes with baking soda:

Baking soda will create leavening on its own when it is heated, but it also produces sodium carbonate, which can result in a metallic taste. This effect is neutralized in baked goods by adding those acids!

How much to use?

A general rule of thumb is ¼ teaspoon of baking soda per 1 cup of flour. 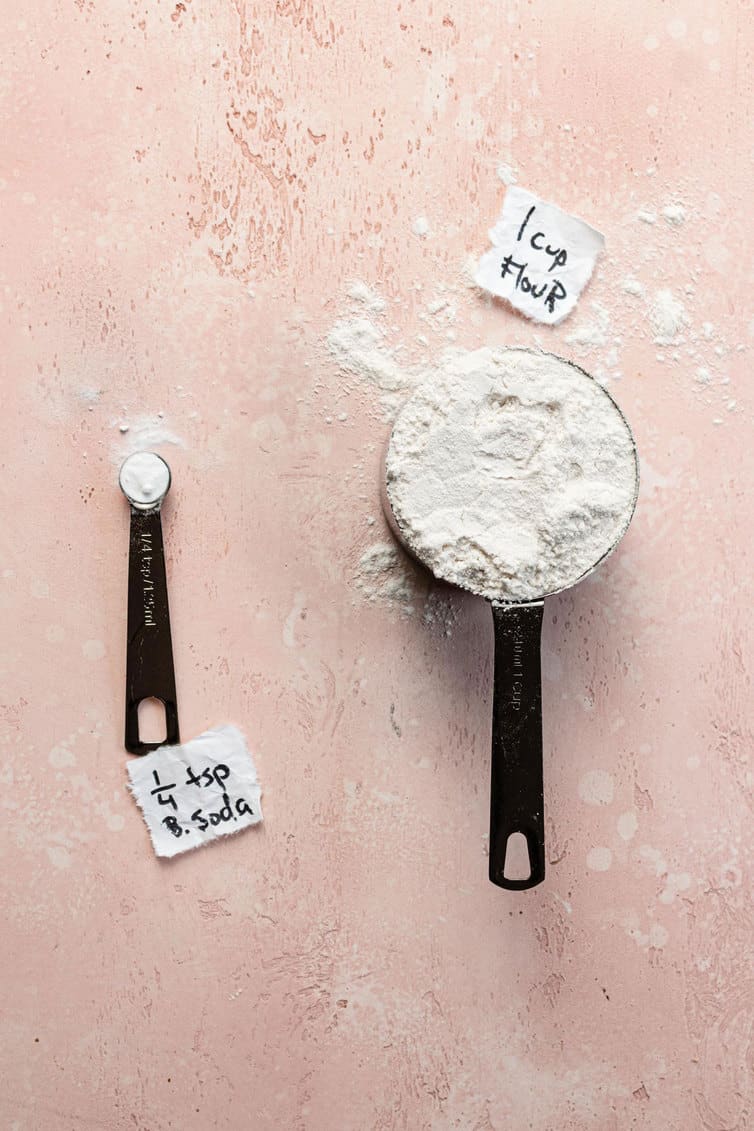 These are a few examples are recipes that use just baking soda as its leavener, and I’ve included that the acid that’s used to activate that base!):

Baking soda begins to work as soon as it touches liquid, so it is important to bake items that are only leavened with baking soda as soon as the batter or dough is mixed together. The longer you let it sit, you’ll notice a decrease in the leavening effect.

What is baking powder?

Baking powder is a mixture of baking soda, cream of tartar (an acid), and, at times, cornstarch.

Most baking powder sold today is “double-acting” – this means that it first releases a small amount of carbon dioxide (leavening) when combined with wet ingredients, and then releases the majority of the leavening when the baking powder is heated (in the oven). A great one-two punch!

Since baking powder already contains an acid (cream of tartar), it is typically paired with non-acidic ingredients, such as whole milk and Dutch-process cocoa powder.

How much to use?

A general rule of thumb is 1 teaspoon of baking powder per 1 cup of flour. 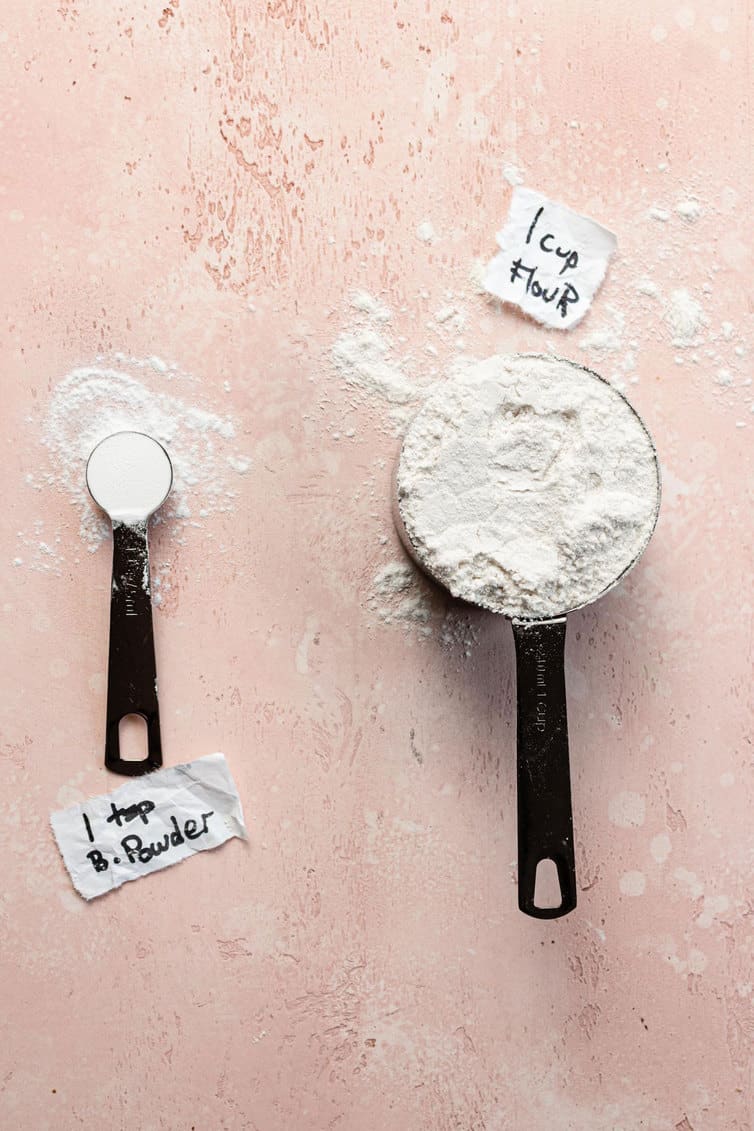 These are a few examples are recipes that use just baking powder as its leavener:

Since baking powder does not require acid and most of its leavening occurs in the oven, it is safer to make batters and doughs using only baking powder ahead of time without sacrificing leavening.

What is the difference between baking soda and baking powder?

To recap everything we talked through above, the primary difference between the two boils down to this: 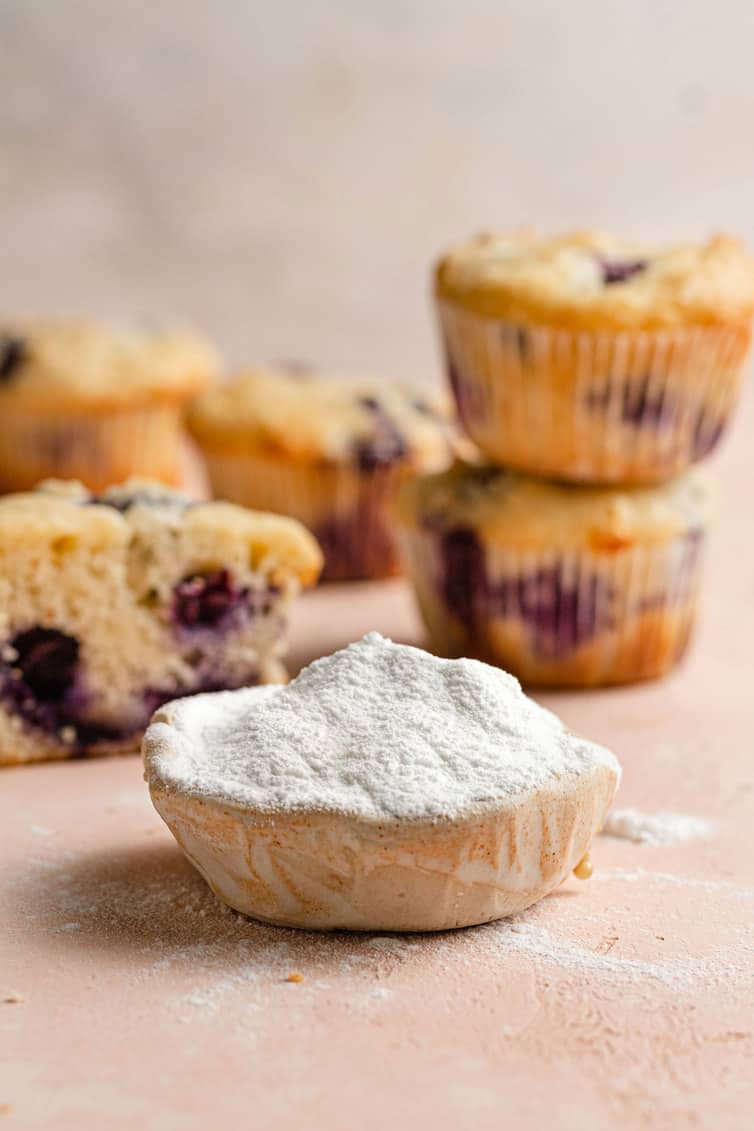 Recipes that use both baking soda and baking powder

So, then why would some recipes call for both baking powder and baking soda?

The most common reason is that these recipes contain an acid, but the combination with baking soda is not enough to fully leaven the recipe, so baking powder is used to add the necessary lift. These recipes maximize the amount of acid neutralization and leavening power.

There are two other reasons for using both:

Some of my favorite recipes using both baking soda and baking powder:

I always, always, always recommend following a recipe as written (see my initial Baking Basics post on 5 mistakes to avoid when preparing a recipe); doing so gives you the best chance for success, especially if it’s your first time making the recipe. Remember that if you switch the leavening agent, you’ll need to start playing around with the other ingredients, as well.

Can you substitute baking powder for baking soda?

If you have a recipe calling for baking soda, you’ll need as much as four times the amount of baking powder to get the same amount of leavening. Do this and you run the risk of having a baked good that turns out with a bitter flavor, is dense and hard, or too salty (or a combination of all of those!).

So what are your options for baking powder substitutes?

Can you use substitute baking soda for baking powder?

You can, but it starts to get tricky since you need a lot less baking soda than baking powder, and you will need to increase the amount of acid in the recipe, which has the potential to alter the taste and texture of the recipe.

As you can see, this is why I highly recommend keeping both stocked in your pantry and ready to go so no substitutions are needed! 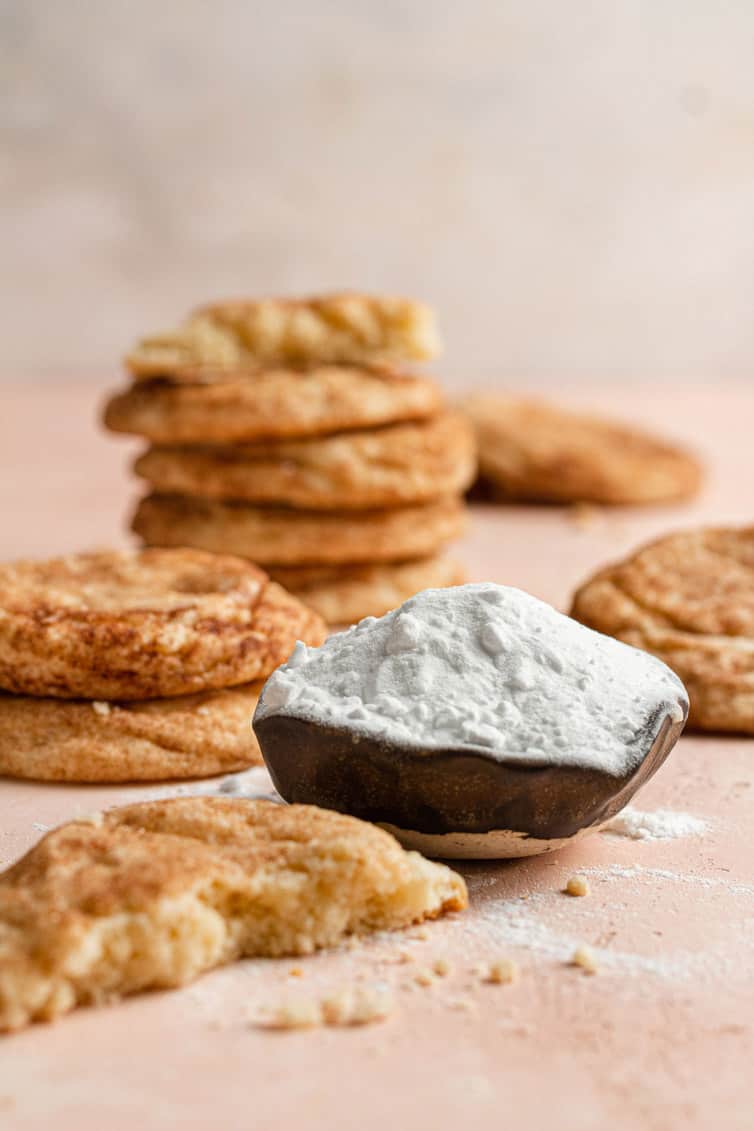 Both baking soda and baking powder can expire in a short amount of time (in as little as three months sometimes!). If you try to use expired baking soda or powder in a recipe, the leavening will not work as intended and you’ll likely end up with a flat, dense baked good. So, how do you know if they are fresh? It’s easy!

How to test baking soda

Place 2 tablespoons of white vinegar in a small bowl and add 1 teaspoon baking soda. If it fizzes immediately, it’s still fresh! If nothing happens, throw away the baking soda and buy a fresh box.

How to test baking powder

Place ⅓ cup hot water in a small bowl and add 1 teaspoon baking powder. If it bubbles, it’s still fresh! If nothing happens, throw away the baking powder and buy a fresh container.

I hope that I’ve armed you with tons of knowledge regarding the differences between baking soda and baking powder so that when you are baking and encounter a recipe that you may want to tweak, you’ll better understand what makes these leaveners work and how different types of ingredients might impact your final result.

Learn more of the basics with these posts:

48 Comments on “The Basics: Baking Soda vs. Baking Powder”