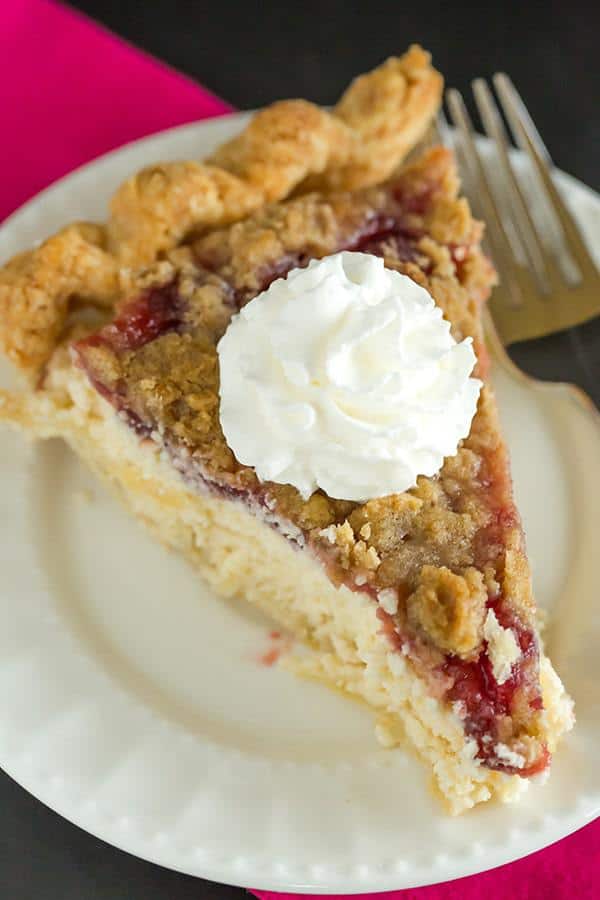 Reality check: Thanksgiving is one week from TOMORROW. How did this happen?!

Ready or not, here it comes! Let’s talk PIE. Where do you stand when it comes to Thanksgiving pies?

Do you go all-in on pumpkin pie?
Do you like a dessert table with more variety and throw in some apple pies and pecan pies?
Do you like to try something new and different every year?

I am very much “meh” on pumpkin pie, but I absolutely love pecan pie, so that’s a must for me, and then I like to try a recipe that’s a little bit different. In the past, desserts such as salted caramel apple cheesecake pie and pumpkin-gingerbread trifle have been huge hits. If your crowd isn’t opposed to shaking things up, this cranberry cheesecake crumb pie would make a fabulous choice for Thanksgiving dessert. 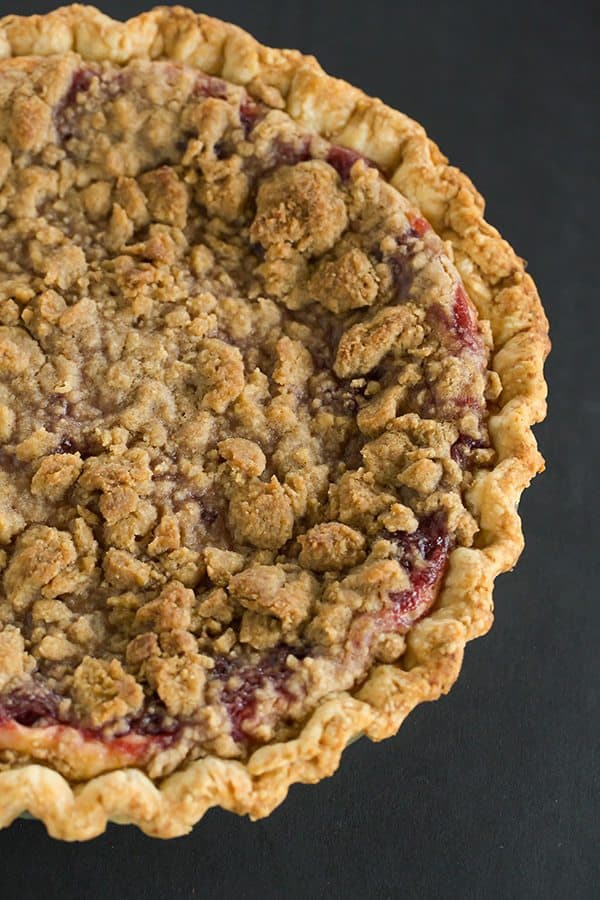 This pie contains the dessert trifecta for me (well, it doesn’t include chocolate, but for a dessert that doesn’t have chocolate in it, THIS would be my trifecta!):

You give me any dessert that includes one of those components and I will devour it faster than Joseph’s little toddler feet can run (and that’s fast).

Throw in cranberries and you have a wonderfully festive dessert most deserving of any Thanksgiving dessert table, and it would be perfect for Christmas, as well!

I think you and this cranberry cheesecake crumb pie will be great friends come next week… I have a feeling :) 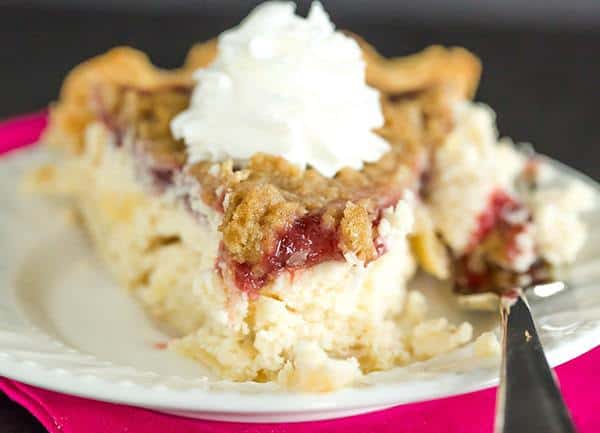 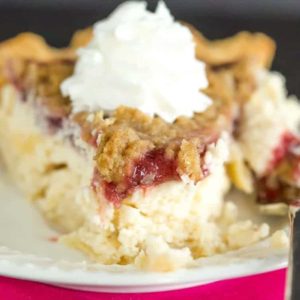 For the Cheesecake Layer:

For the Cranberry Layer: