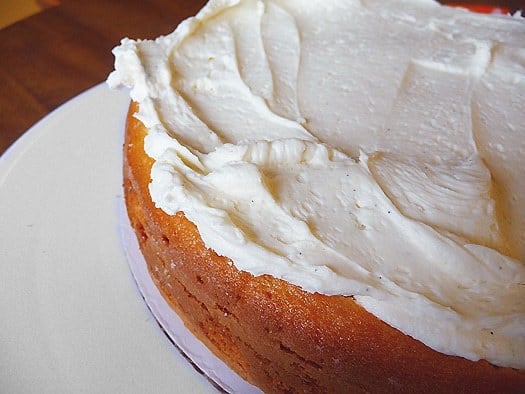 Since posting my last couple of cakes (see Tinkerbell and Super Mario Brothers), I have received a number of comments and emails from readers asking what types of recipes, fillings and frostings I use for the cakes. It really all depends on what the person asks for, so I thought I would start by sharing one of the most raved-about fillings I use. This is the standard vanilla buttercream I use when someone requests a simple buttercream filling for a cake, and it always gets insanely rave reviews. It couldn’t be easier to make – it takes less than 10 minutes – and is absolutely delicious. Not only is it great as a filling, but if you need a frosting for cupcakes, this is perfect for both vanilla and chocolate cupcakes. Buttery, sweet, light and fluffy – everything the best buttercream should be (and maybe more). 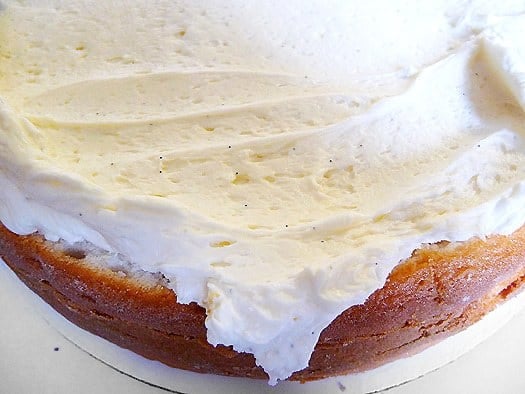 I really love using a vanilla bean in this recipe not only because of the intense vanilla flavor that it imparts, but also because of the flecks of bean that dance through the frosting. It’s one of the reasons I love making homemade vanilla bean ice cream as well. However, I know that vanilla beans can be expensive and so if you opt not to use the vanilla bean called for in the recipe, you will want to increase the amount of vanilla extract to 1 Tablespoon. You can make this and refrigerate it for up to two weeks. When you are ready to use it, allow it to come to room temperature and then re-whip it in your stand mixer to lighten it up.

Now run off and whip up something to slather this on. Or just make a batch and eat it with a spoon. I allow, and I won’t tell. 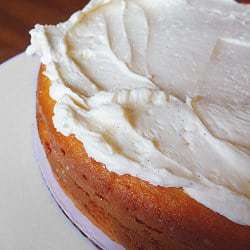 An easy buttercream recipe that's made for cake!

Nutritional values are based on one cup 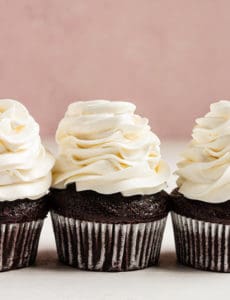 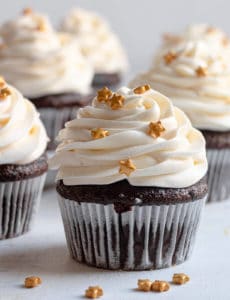 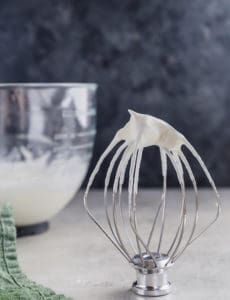 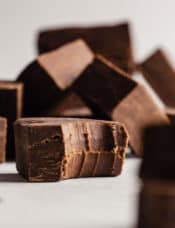