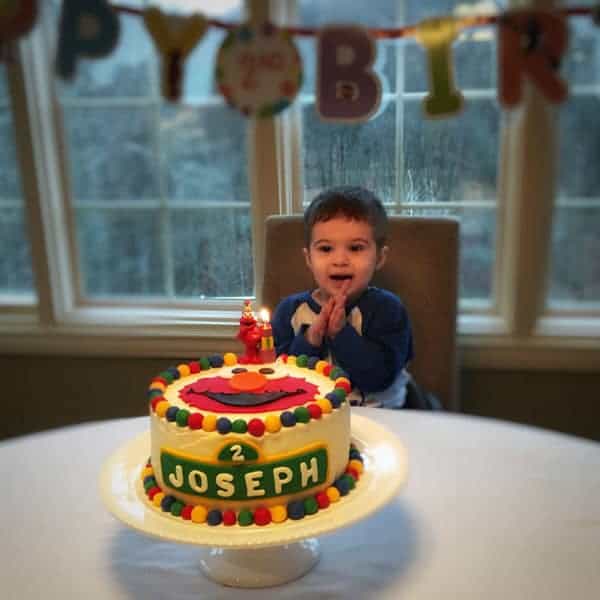 It’s been two whole years since I was laying in the hospital in labor, waiting oh-so-impatiently to meet our little baby who had been nestled in my belly for the previous nine months. The anticipation was so gripping, and I think I actually held my breath until we heard those first frantic wails, and then fell totally and completely in love. This journey has been so much more fulfilling and so much more amazing than I could have ever imagined.

In the blink of an eye, I’ve gone from having a newborn to a cooing infant, a little toddler, and now it seems I’m on the brink of having an actual little boy. 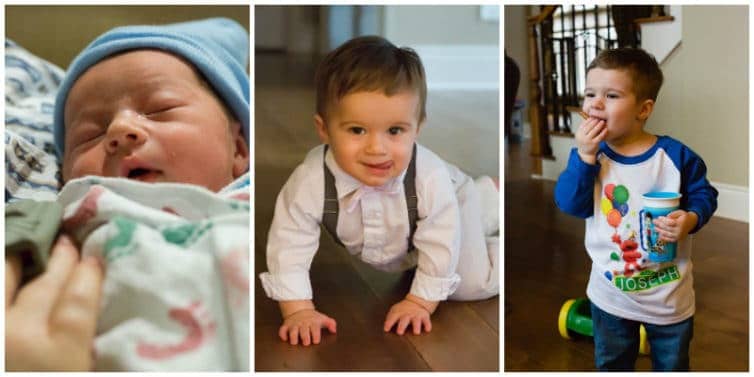 This past Saturday, we threw Joseph’s 2nd birthday party and I wanted to share some pictures with you! 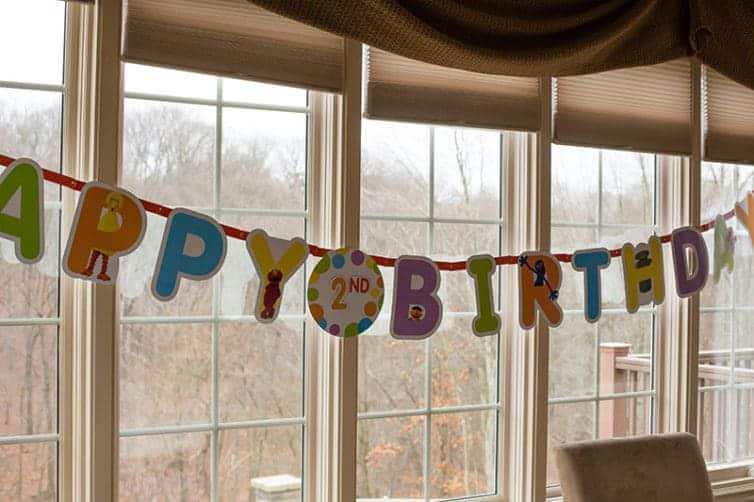 Right before Christmas, Joseph started actually sitting down and watching Sesame Street when we would put it on (it had never held his interest before), so settling on a Sesame Street theme was easy. We kept things fairly minimal, with a birthday banner across the windows in our breakfast nook, Elmo (his favorite!) balloons, and Cookie Monster napkins. All of the decorations were from Party City, but they were totally sold out of the Sesame Street paper plates, bummer! 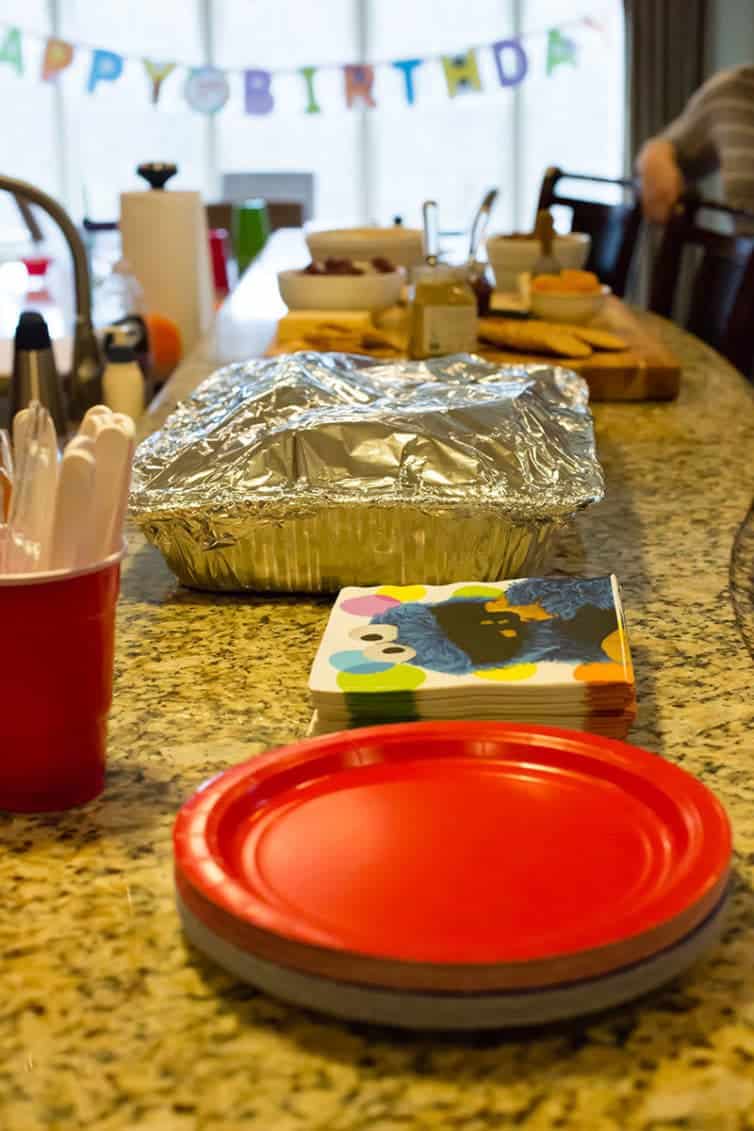 We decided to have the party at 2pm so that Joseph could (hopefully, ha!) get in a little bit of a nap and not crash and burn during his party. Since it was a mid-afternoon party, I decided to skip planning a meal and instead focused on heavy appetizers and finger foods. We also got a tray of fried chicken for something a little heartier. This is what our menu looked like: 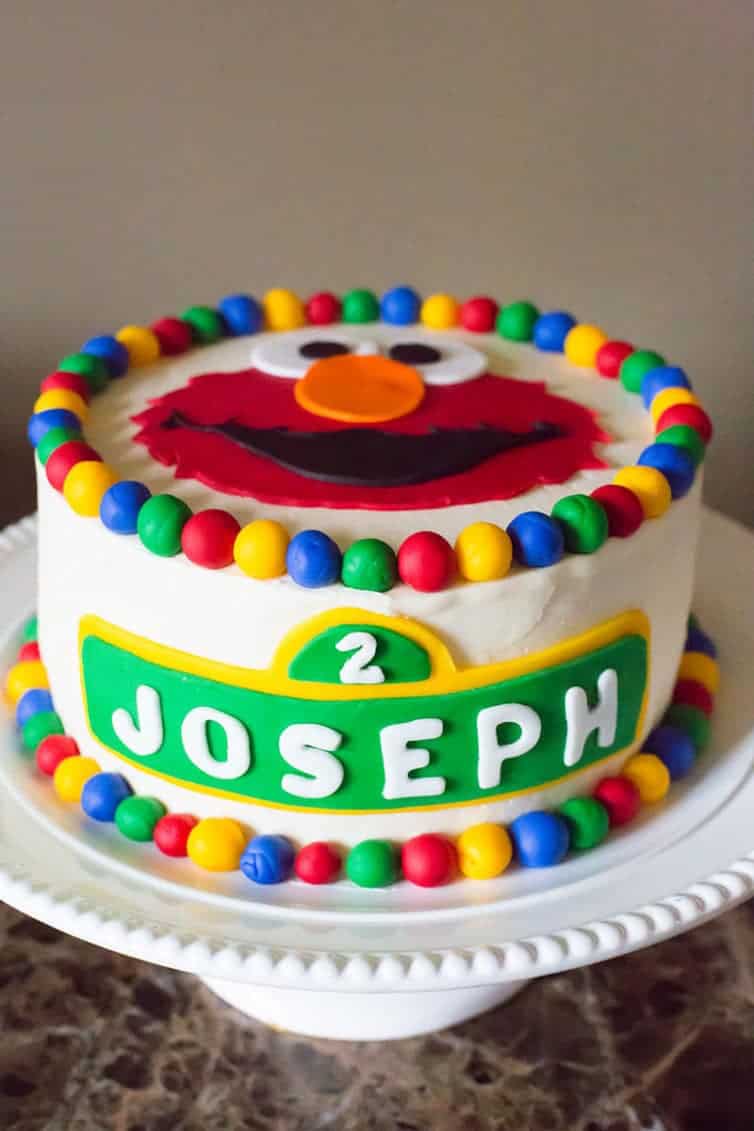 I knew as soon as we decided on a Sesame Street theme that I wanted to make Joseph an Elmo cake. I found a couple of cute ideas on Pinterest, bought some fondant, and voila! Elmo! 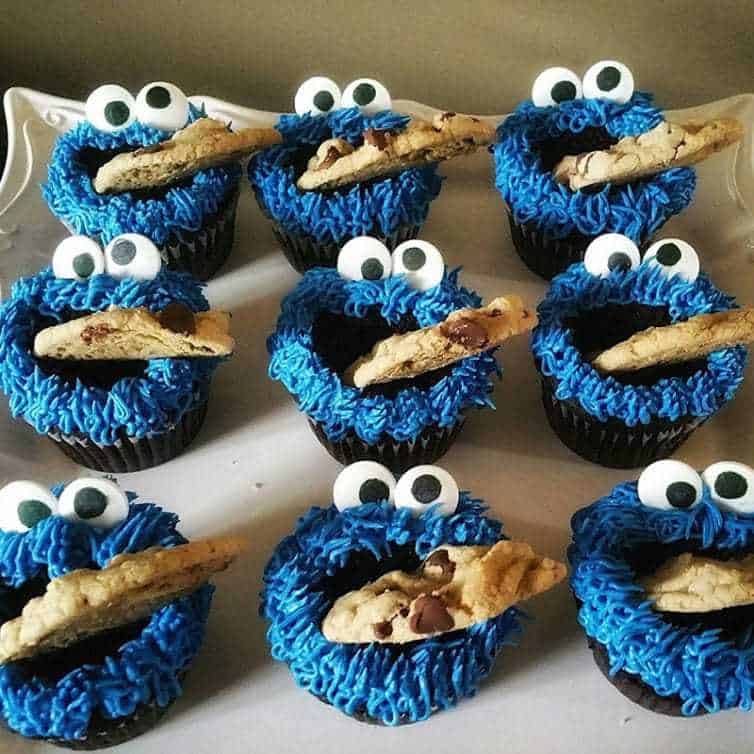 While we were on the Sesame Street theme, and since the main cake was vanilla, I decided to make Cookie Monster cupcakes for a chocolate option. These were a HUGE hit! No one could stop talking about them, and then they kind of blew up on Instagram Saturday night! They were incredibly easy to make; I used the tutorial on I Am Baker and didn’t have any issues whatsoever.

Some more pictures of the birthday boy enjoying his special day! I was so bummed that I didn’t get anyone to take photos while he was opening his presents! The first one he opened was a miniature tool belt (with tool set) from my brother-in-law. As soon as he saw it, he brought it over to my husband to open and he wore the tool belt the entire rest of the day :) 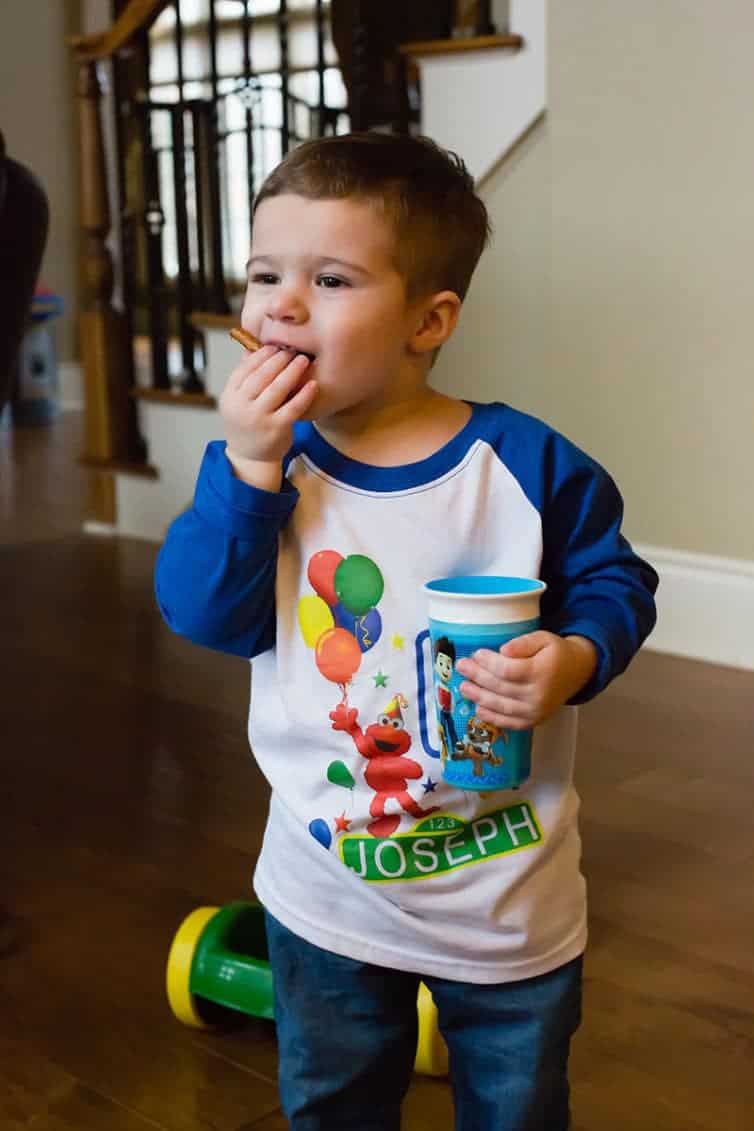 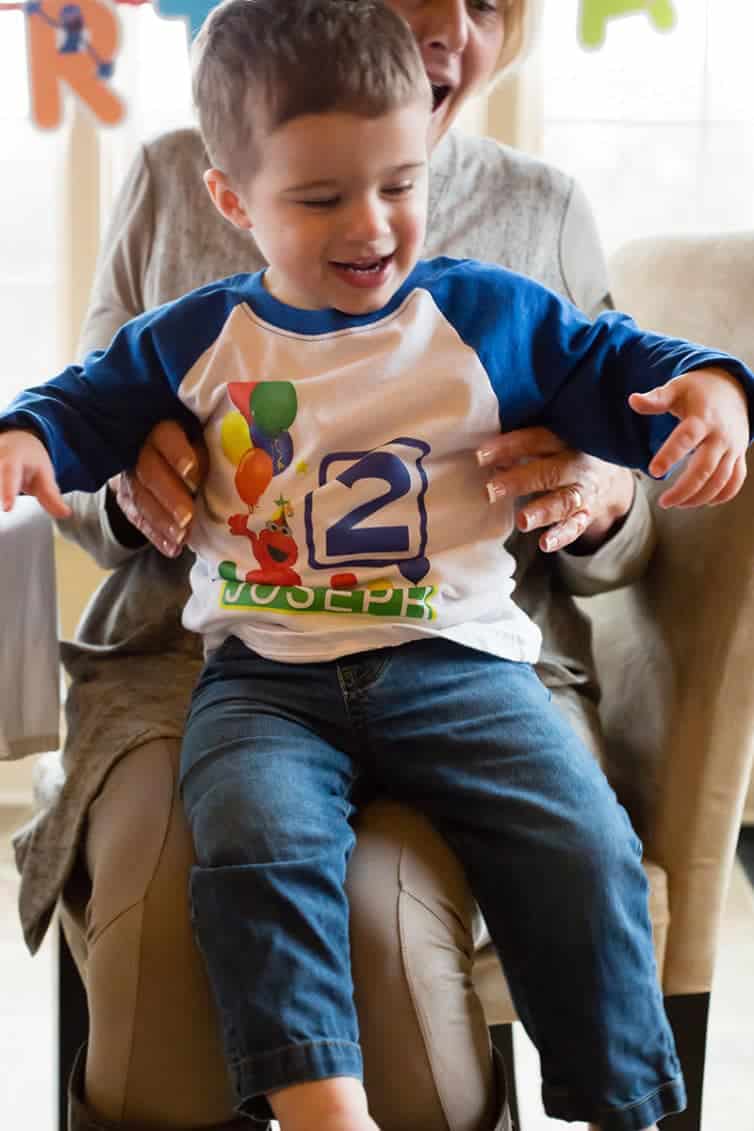 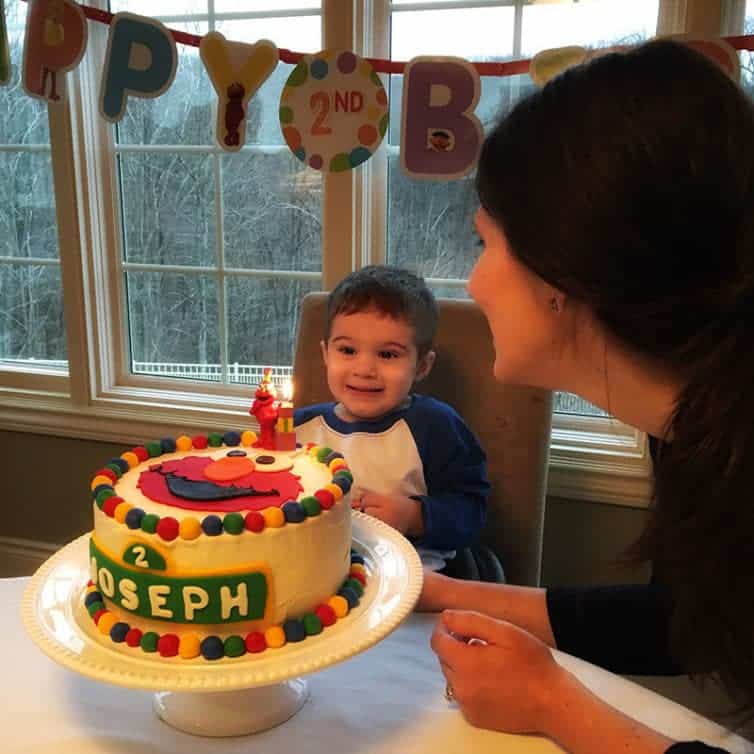 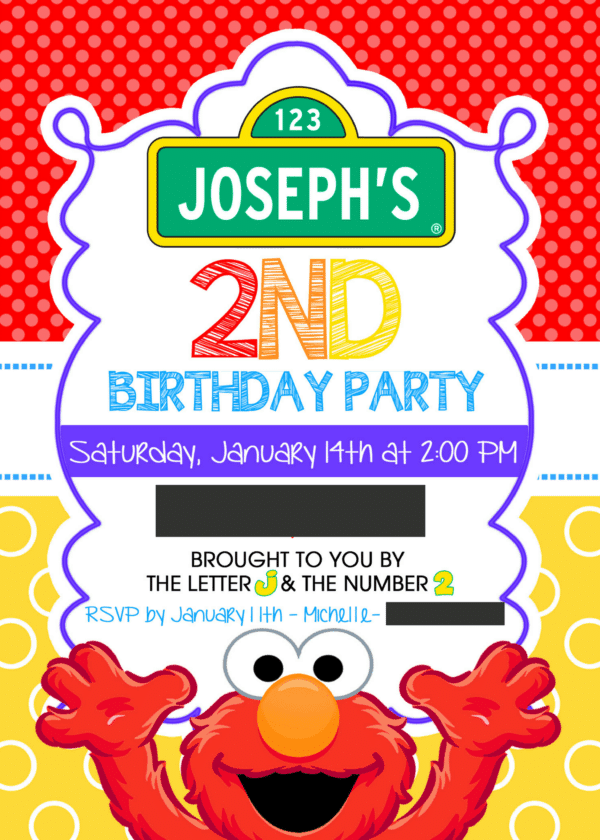 I ordered these invitations from the DolceMeeyaDesigns Etsy shop, but I didn’t have enough time to get them printed and mailed, so I texted them to everyone. I just adored them! 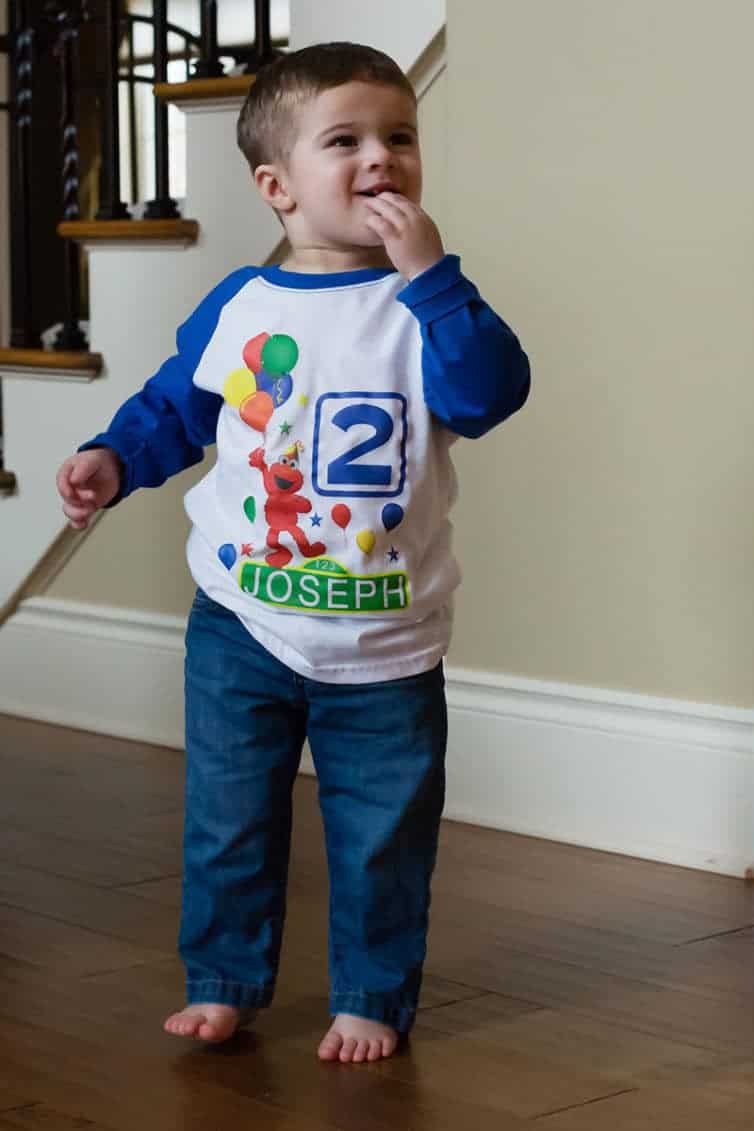 You may have noticed in some of the pictures above that Joseph has on a customized birthday t-shirt with his name and the number “2”. I bought it from FashionistaStylez Etsy shop and was thrilled with it! The shirt is so soft and the fit is true to size, plus Joseph LOVED that Elmo was on his shirt!

I’m off to shower this sweet boy with tons of hugs and kisses today; now I totally understand why my mom always made a bigger deal out of my birthday than I ever cared to. It’s such a special day for parents; remembering and reliving all of those moments leading up to and after his birth are such treasured memories.

I am so, so blessed to be Joseph’s mom and couldn’t enjoy it more.