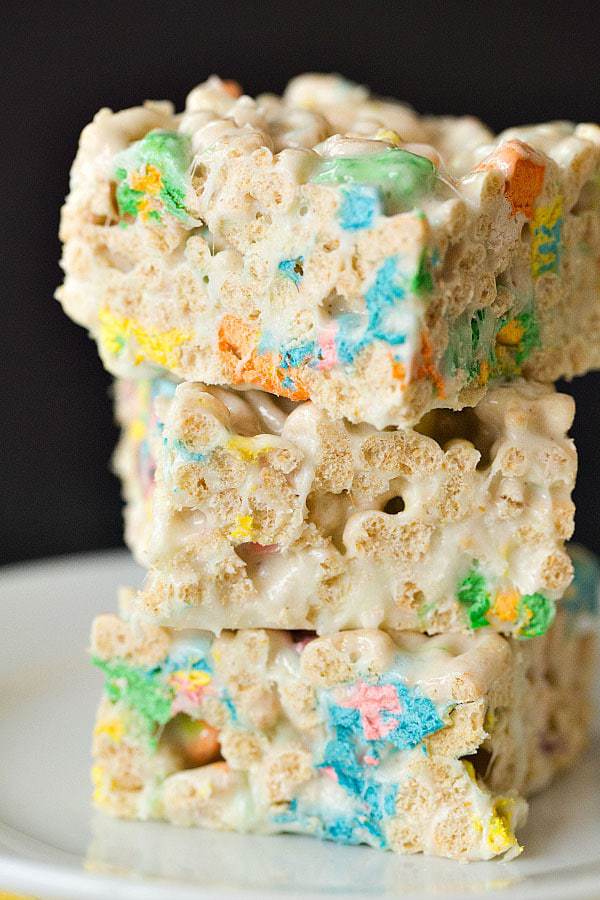 I absolutely love Rice Krispie treats… I have ever since I was a kid, and I’ve never outgrown it. At some point in the 90’s, they even came out with a Rice Krispies Treats cereal! Do you remember this?! We were never allowed to eat junk cereal when I was growing up, but I distinctly remember a family vacation to the beach around the time I was 13, and when we went grocery shopping to stock the rental kitchen, my sister and I were allowed to pick out “fun” cereal. You better believe I ate that Rice Krispies Treats cereal every single day of vacation.

I adore the traditional treats made with Rice Krispies cereal, but I’ve also played around with the same concept using other cereals like Cheerios and Golden Grahams, and I put a muddy buddy spin on a version using Rice Chex. I’ve been wanting to make a version with Lucky Charms, and thought that it would be a perfectly festive way to celebrate St. Patrick’s Day! 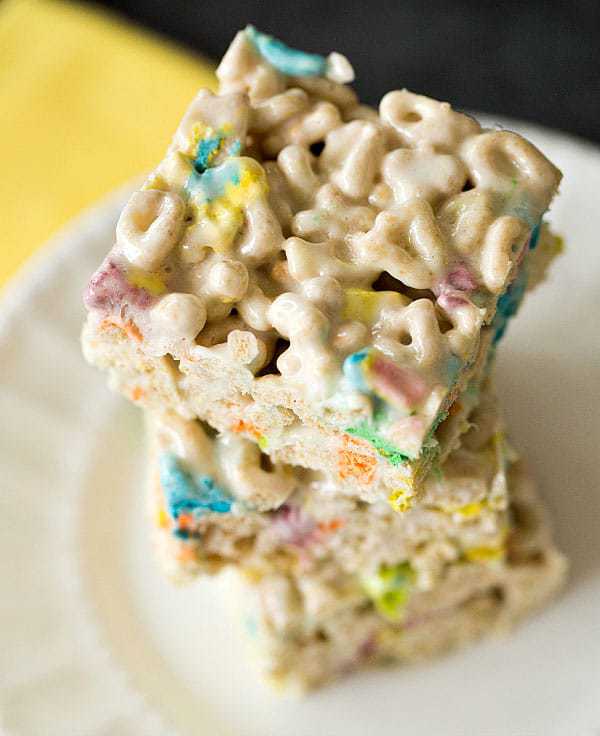 I used my preferred marshmallow-to-cereal ratio for these treats, simply substituting Lucky Charms for Rice Krispies. If you’re a huge fan of the colored marshmallows in Lucky Charms (admit it – they’re the best part! I totally pick them out of the cereal!), you can actually buy JUST THE MARSHMALLOWS from Nuts.com. Can you say genius?! So feel free to add in more marshmallows if you’d like!

What was your favorite guilty-pleasure cereal as a kid?! 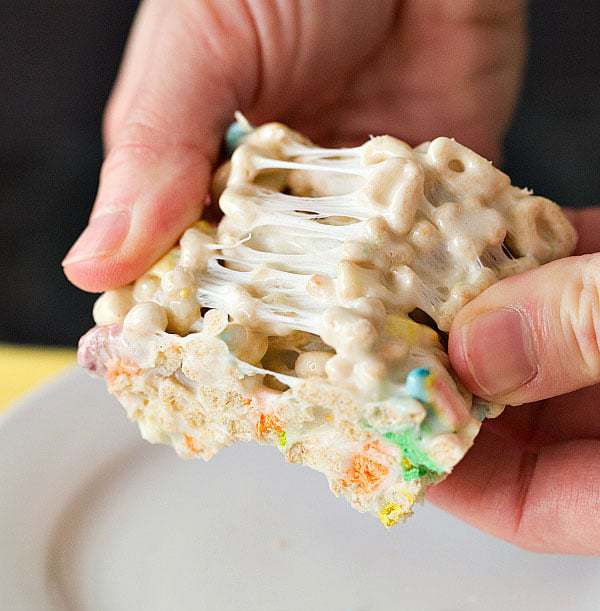 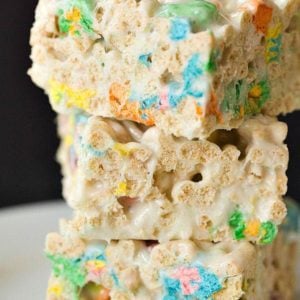