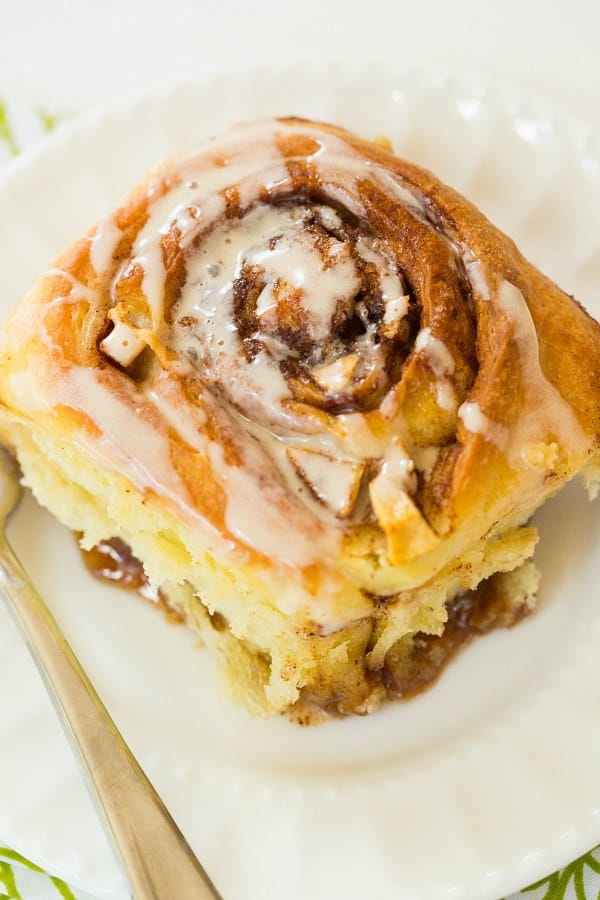 Cinnamon rolls always always remind me of my grandma. They were one of her very favorite treats; she’d rather devour a cinnamon roll than a piece of cake, pie, or just about anything else that you could put in front of her. If I was out and about and ran across some especially great-looking cinnamon rolls, I would always pick some up for her and drive straight to her house. More than anything, though, she would light up when I’d tell her that I made fresh, homemade cinnamon rolls.

Ironically, I’ve been craving cinnamon rolls since about the 6th week of my pregnancy. I’ve picked up a few bakery ones along the way, but I’ve really been craving a pan of homemade rolls. Since I’ve had a lot more energy these last few weeks, I thought it was high time that I made a batch. I decided to put a cozy fall spin on the recipe, including apples and my favorite salted caramel sauce. 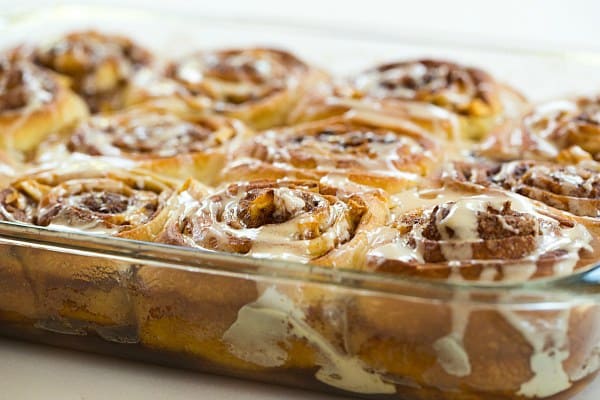 I’ve made two different versions of homemade cinnamon rolls previously – the Peter Reinhart version and the cream cheese dough version. Of the three, this one has emerged as my favorite. You could easily make it an all-purpose cinnamon roll by omitting the salted caramel sauce and apples and leaving everything else the same.

The dough is wonderfully soft and soaks up the filling beautifully. I like a simple drizzle of icing on top, but feel free to slather it on more heavily if you prefer. I used one chopped apple, and I think it was just enough. I didn’t want the filling totally loaded with apples, but enough to give you a taste in every bite, and using a single apple achieved that. 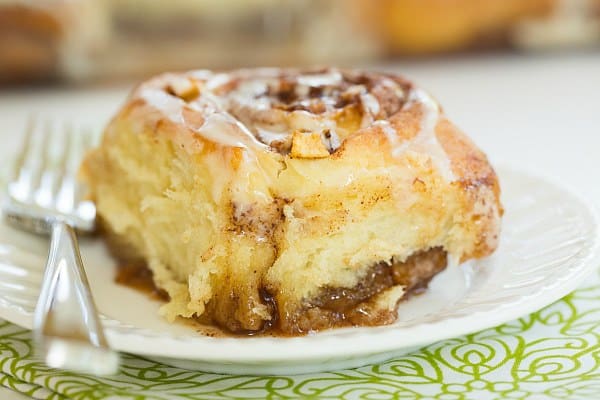 These are a fantastic hybrid between cinnamon rolls and apple dumplings. There’s even a little sauce that collects on the bottom of the pan, so you could forgo the icing on top and serve them upside-down, sticky bun style.

I wish that I could share these with my grandma, but since I can’t, I’ll be sure to eat an extra one for her. No arm twisting necessary! 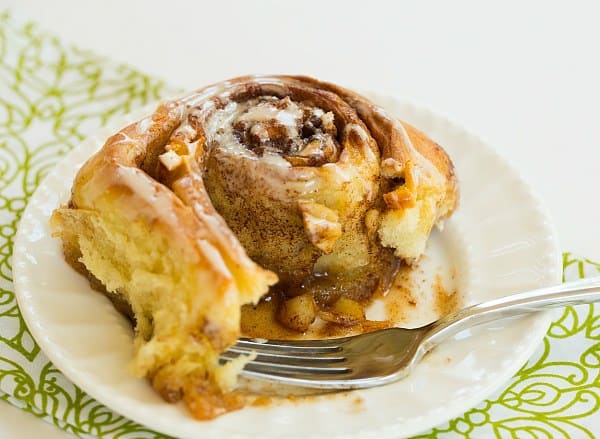 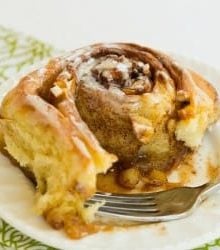 For the Salted Caramel Icing: