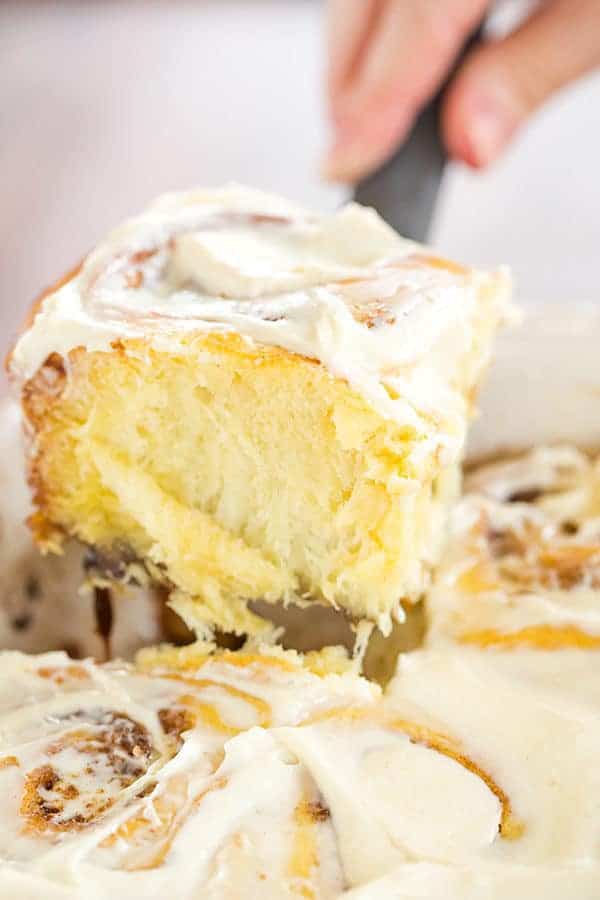 I absolutely adore cinnamon rolls, but they’re one of those treats that I hardly ever make at home. So sad, right?! They’re SO delicious, but to have an entire dozen of cinnamon rolls just sitting around waiting to be eaten would be catastrophic here – they would be devoured in no time! So while I’ve made a plain version and a cream cheese version, I usually settle for a one-and-done cinnamon roll treat while out and about.

However, a few weeks ago, I saw this recipe for cinnamon rolls from Food52 pop up in my Facebook feed and I immediately saved it. Now that we have a house full of people over on Sundays, I figured I could make the cinnamon rolls on Saturday and would have more than enough people eager to finish them off for us… I was absolutely right :) 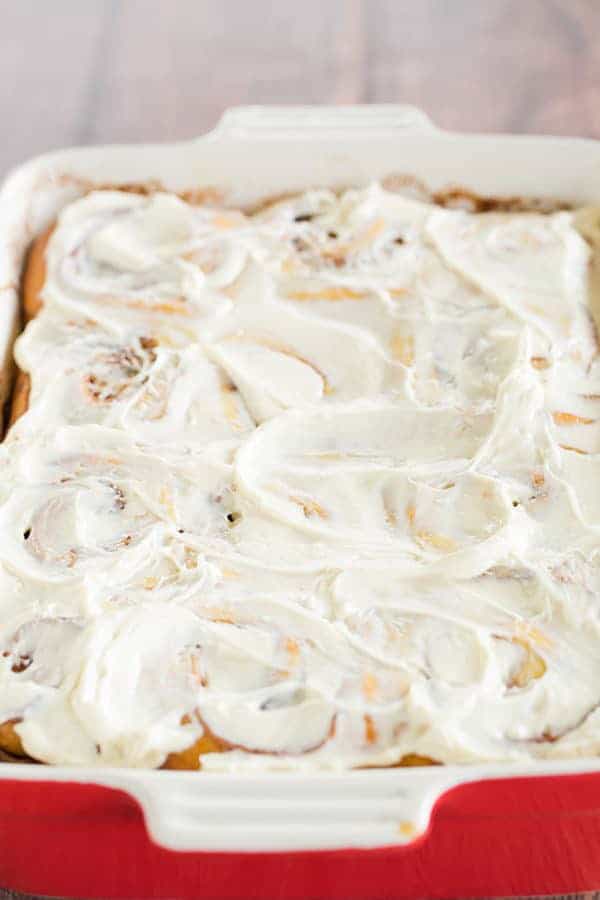 This is an overnight recipe, so you’ll prep the dough the day before you plan on baking the cinnamon rolls. It’s a wonderfully rich dough, full of eggs and milk, which make the cinnamon rolls incredibly soft and sweet. Perfection! I opted for a cream cheese glaze on these versus the traditional powdered sugar glaze that the recipe called for because, truthfully, there are very few times when cream cheese anything is a bad idea. 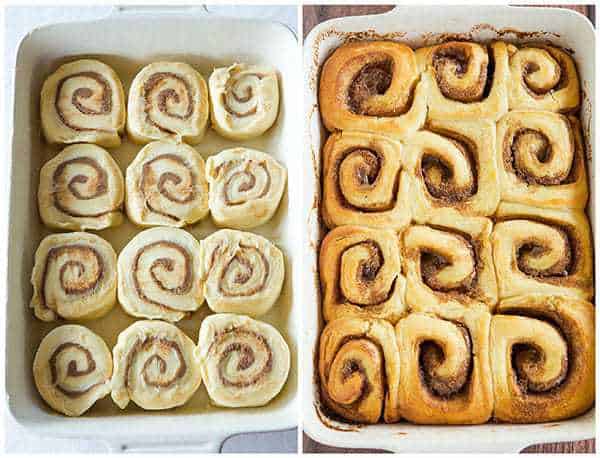 A note on the baking setup and time – my rolls were kind of squished into the 9×13-inch pan that I used, I baked them for 30 minutes, and the center rolls were slightly underdone. Now, unless we’re talking about chocolate chip cookies or brownies, I err on the side of something being overdone, however everyone else that had them agreed that they were way better a little bit underdone.

SO… that being said, if you’re like me and would like your cinnamon rolls to err on the side of more done versus less done, I would recommend either increasing the bake time, or dividing the rolls between two pans so they have more space to rise and bake in the oven. 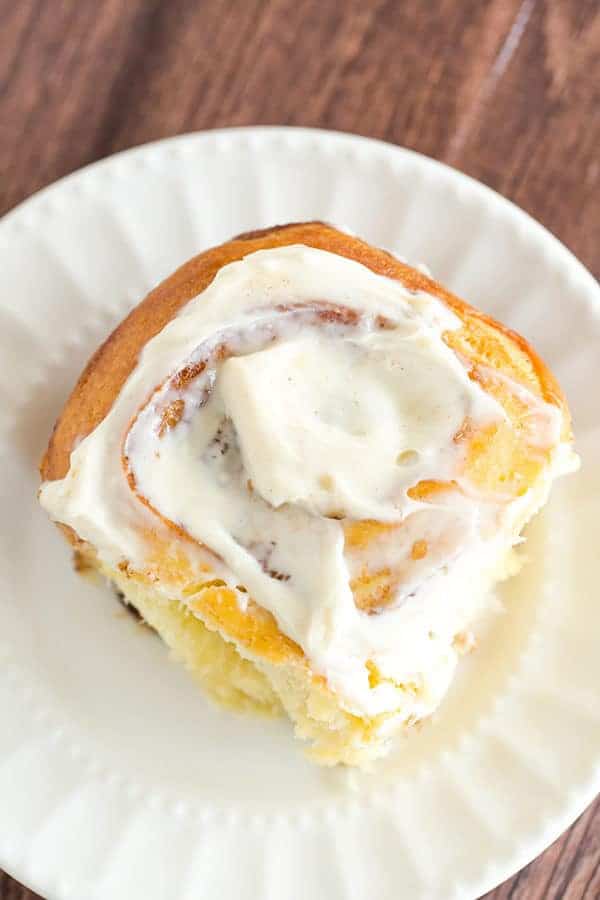 This is a perfect recipe if you’re having overnight guests or are hosting a brunch, or maybe just want to indulge a little on the weekends. The rolls are soft and buttery, the filling is full of buttery cinnamon goodness, and the cream cheese glaze is the perfect topping. 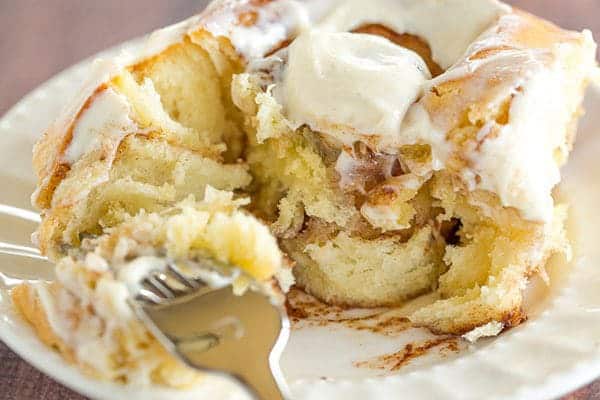 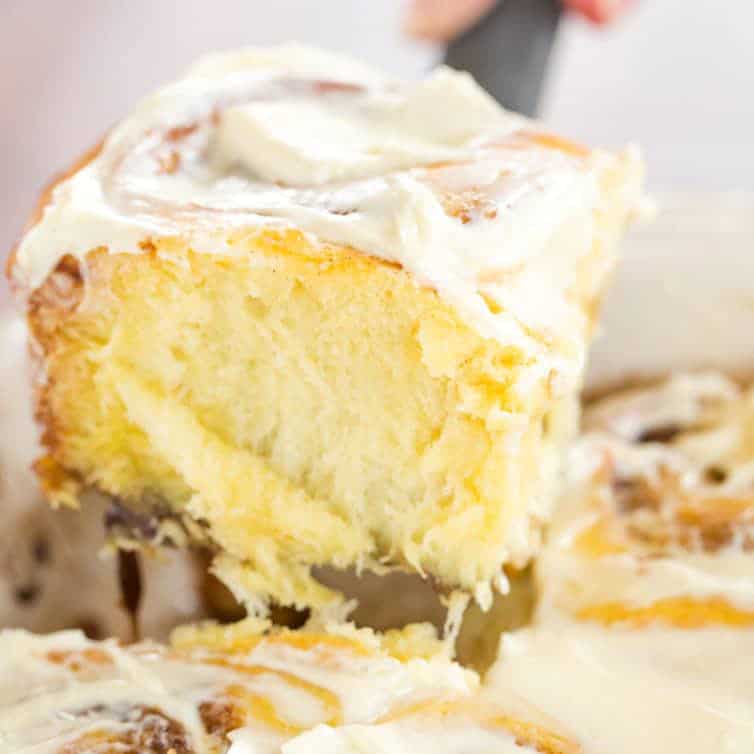 For the Cream Cheese Glaze: 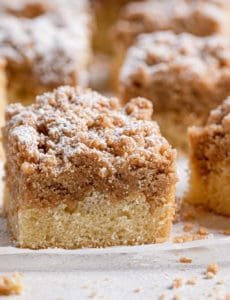 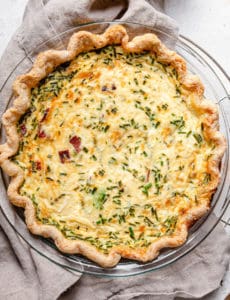 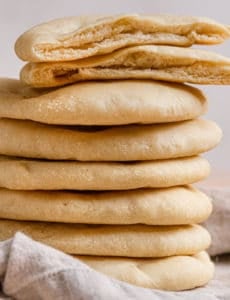 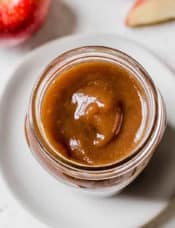 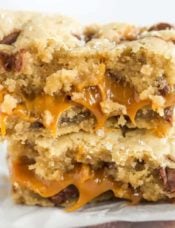 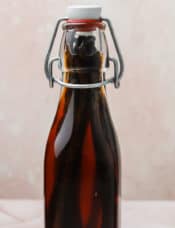