This skillet apple pie is a quick and easy dessert recipe, and it’s toffee-like sauce will melt your heart. 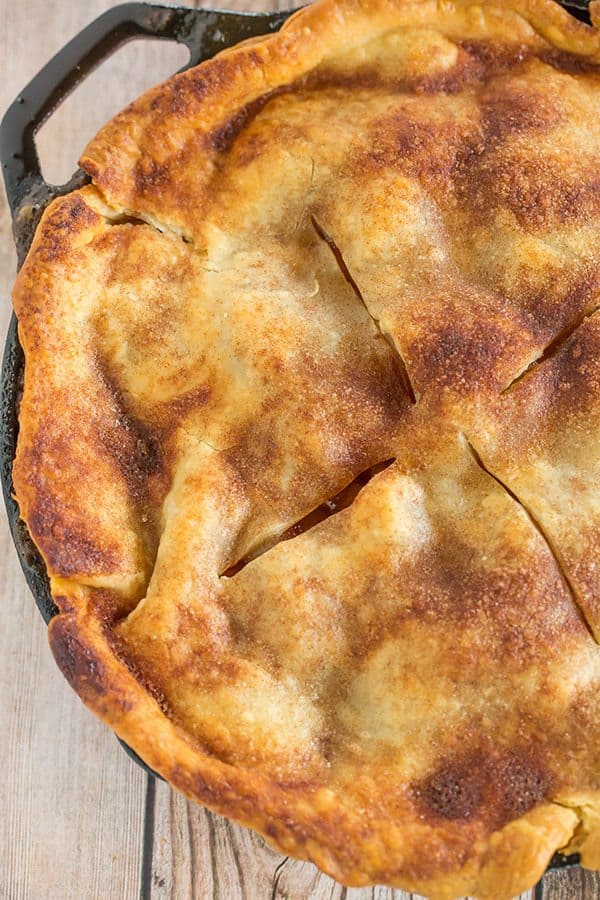 Last week we talked about pie crust and some of my favorite Thanksgiving pies, and as we inch closer to turkey day, I want to share some more awesome pie recipes with you.

This skillet apple pie is another recipe from a BEB reader, Terry, and it was absolutely devoured by my husband, father-in-law and myself. I made this on a Sunday when everyone else was out of town or busy, so it was just the three of us. We dug in and never looked back…

I absolutely loved how quickly I could get this pie into the oven; I assembled it while my father-in-law was draining and saucing the pasta, it baked while we ate, and we had warm pie waiting for us for dessert. I love finding easy new dessert recipes, and love it even more when they become an instant favorite!

Terry sent me this recipe and said that her youngest daughter hates apple pie but always requests this, so I HAD to try it. Especially since Terry said she lets her eat it for breakfast – my kind of mom! :)

The recipe calls for pre-made pie crust and canned apple pie filling, but I’m sure you can substitute homemade for both if you’d prefer. Just make sure your apple pie filling is nice and thick! I used my trusty cast iron skillet, which ensured a wonderfully crisp crust. If you don’t have one, use an oven-safe skillet (or just go ahead and buy a cast iron skillet – they’re economical and such a great kitchen work horse!). 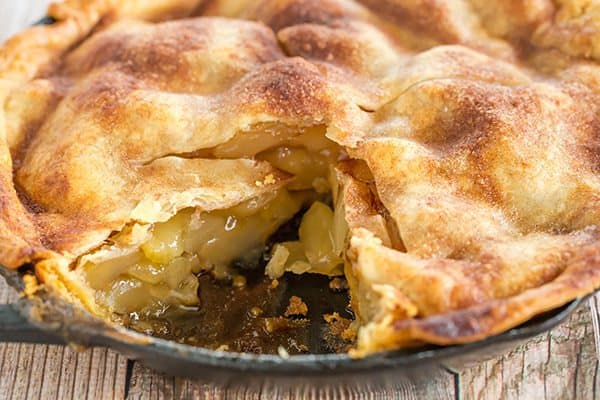 I wasn’t sure what to expect from this pie, but I was pretty sure just by looking at the recipe it was going to be good. My expectations were totally blown away – probably the best apple pie I’ve ever had. A few keys to this recipe:

If you’re looking for an easy dessert that will be a massive hit, add this skillet apple pie to your list! 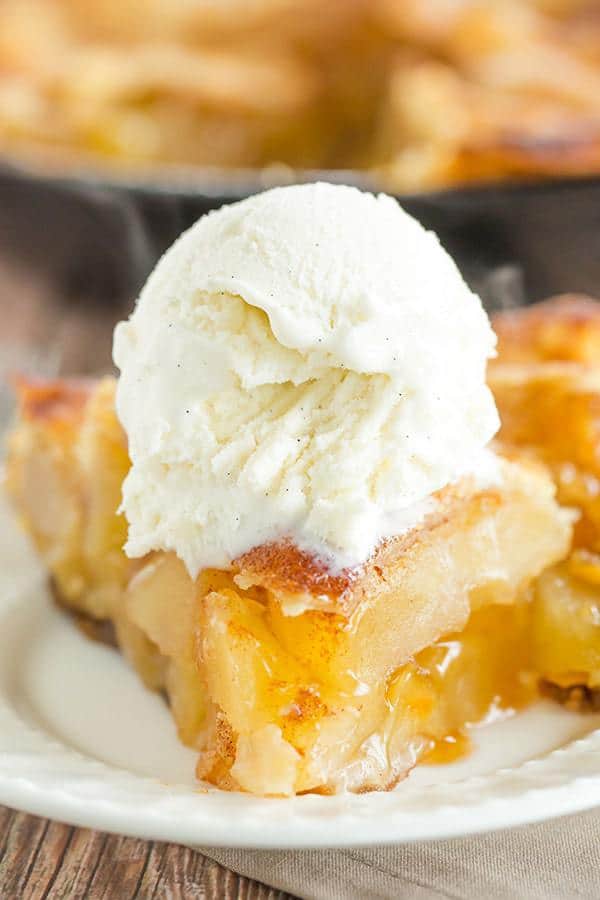 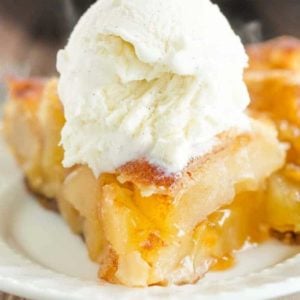